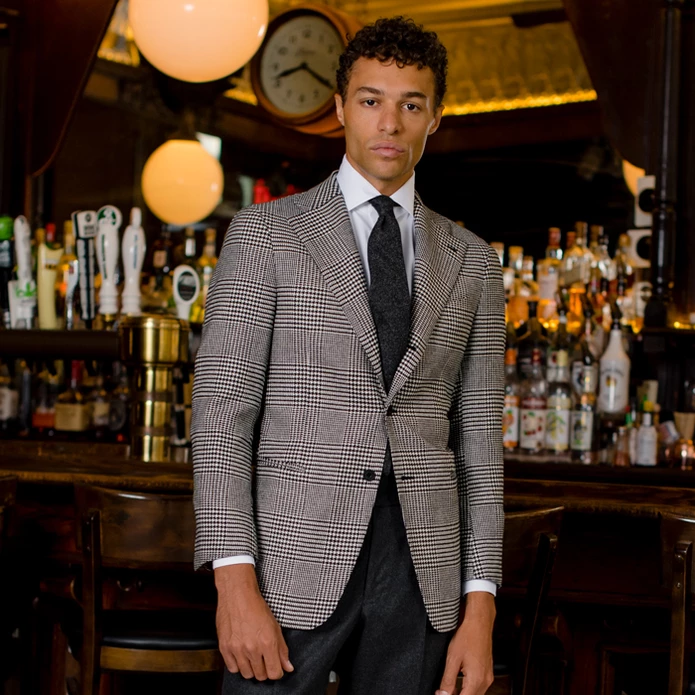 When he realized he liked the clothes he wore more than the properties he sold, he switched tracks and went to work for a major clothier.

He didn’t necessarily love working for a large brand, but it allowed him to refine his own personal style.

This led to a ‘Best Dressed Real Man’ award from Esquire.

Which led to more press.

Which led Angel to go out on his own, even though everyone said he didn’t have the experience.

In 2012, Angel started Angel Bespoke and grew it into a globally recognized brand of sartorial excellence, effortless style and impeccable quality.

So much for not being ready.

And while most men would be satisfied with that, he wasn’t.

Because even with all of the notoriety, success and accolades, A|B was still basically a boutique brand and Angel could only accomplish so much as a one-man band.

He knew it could be better.

Stephen didn’t always appreciate the idea of dressing well. But as his wardrobe expanded under the guidance of Angel, so did his horizon of possibilities.

He personally experienced the transformative power of style. It wasn’t just about how you looked. But how you felt. How you acted. Even how you treated others.

Stephen had just successfully exited a media company he’d launched a decade earlier and was getting that itch to do something new.

One night, Angel and Stephen were having drinks and the two got to talking about the future plans for ANGEL | BESPOKE.

Casual conversation led to serious talk. Talk to dreams. And dreams to plans.

This was a bigger thing than just fashion. Obvious, yes. But sometimes the things that are right in front of you are the hardest to see.
Angel was so focused on the art and inspiration of his craft that he didn’t quite realize the ripple effect he had on people.
At the same time, Stephen saw the possibility of a complete lifestyle brand, inspired by Angel, cultivated by Stephen and curated by both.

And that’s how 18th Amendment was born.

The name reflects an era in America that has long served as inspiration and fodder for Angel’s designs and vision.

The full cuts, colors and drape of the cloth. The suiting during the era was brilliant to him.
The attitude and aura of the Speakeasy mentality appealed as well. Gritty on the outside, but elegant, refined and fun within. The rebellious nature of those tumultuous times.
The music. All of these influences and more are masterfully stitched together in the sartorial style of 18th Amendment.

There is a world of modern gentlemen out there. Some of them know who they are. And a lot of them don’t. But they will.

18th Amendment intends to expand our offerings beyond elegant clothing and accessories, to everything from cigars to cologne. But that’s down the road.

For today, we’re just looking to Be Better than yesterday.

Born and raised in Brooklyn, Angel has long been inspired by the Prohibition era in America. He’s globally recognized for his style, charm, character and founded ANGEL | BESPOKE in 2012 to provide access to his world through his collections of sartorial clothing for men. 18th Amendment is the evolution of that brand, and an opportunity for Angel to expand his talents and influence to a broader audience.

A native of Indiana, and former founding CEO of a tech company that was acquired in 2018, Stephen and Angel met 20 years ago while playing baseball together in college. They have been best friends ever since. Long a fan and client of ANGEL | BESPOKE, Stephen saw a world of modern gentleman out there just waiting to be transformed with the right brand and the right style. With this as his mission after selling his company, Stephen partnered with Angel to leverage his business talents and social acumen to elevate the game for men everywhere through 18th Amendment. 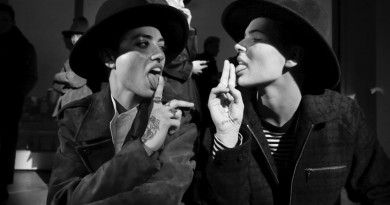 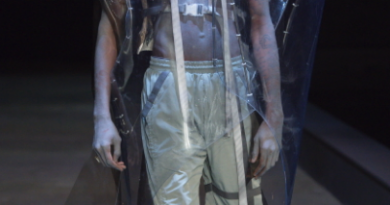 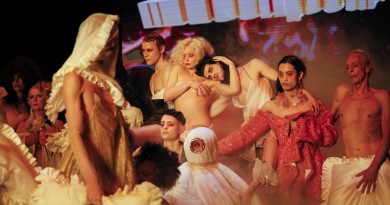