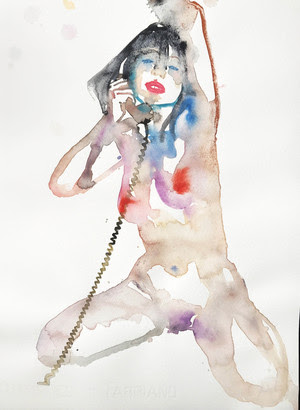 The name of contemporary American artist Fahren Feingold has become synonymous with fluid, feminine watercolours in her enigmatic paintings and illustrations. Her elegant fashion illustrations recall images of women in various stages and chapters of life. Her unique works impart an ethereal quality through her depictions of the female form. Her images featuring bold watercolours and distinctive silhuettes of the feminine form reference imagery from early 20th century French erotica, vintage American magazines from the 70s and 80s, and today’s internet girls.

The Los Angeles native moved to New York at the age of Seventeen to study at the Parsons School of Design. After earning her BFA between Parsons and Glasgow School of Art, she worked as a fashion designer for top brands including Ralph Lauren, Nicole Miller and J.Crew, among others. In 2016, her dreamy watercolors caught the eye of the legendary Nick Knight, who commissioned her to illustrate Paris Fashion Week for SHOWStudio.

Between 2016 and 2017, her work has been featured in numerous international exhibitions including “Moving Kate,” curated by Nick Knight for SHOWStudio in London and The Mass in Tokyo; “The Vulgar” at The Barbican in London, curated by Judith Clark and Adam Phillips; “Red Hot Wicked” at Studio C Gallery in Los Angeles; as well as The Untitled Space group shows “UPRISE / ANGRY WOMEN” and “SECRET GARDEN” curated by Indira Cesarine and “LIFEFORCE” curated by Kelsey and Remy Bennett. Her work was also recently featured at SPRING/BREAK Art Show during Armory Week 2018 as part of the critically acclaimed “(Hotel) XX” installation and exhibition presented by The Untitled Space.

Touted as “a trailblazing artist on a meteoric rise” by Vogue Arabia, her watercolors have steadily gaining recognition from collectors and critics alike for their sensitive, dreamlike colors, graceful brush stokes and rendition of the female nude. Vice Creators praised her work stating, “Feingold’s watercolors appear to swim on paper. Her figures bloom and radiate with ethereal energy, and the occasional splash of bright colors imbues them with life.” V Magazine noted her as a “particular standout” while the Huffington Post said, “Fahren Feingold captures the space where the ethereal meets the erotic…Her artwork is an attempt to undo the centuries of censorship, shaming and patriarchal politics that clouds the simple beauty of a naked body.” With her palette of bright pastels and soft colors blending together, she invites the viewer to step inside her dreamlike erotic world.

“Giving It Away” by Fahren Feingold

Feingold’s watercolors will soon be featured in a solo show of works presented in collaboration with Fleur du Mal,  entitled “The Peep Show” located at 175 Mott Street in the Lower East Side of Manhattan, from June 2nd to July 8th, 2018

Please consider featuring artist Fahren Feingold in any upcoming features and artist profiles you might be working on. 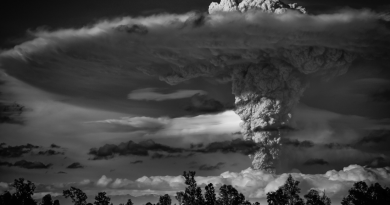 July 18, 2018 Fattie Comments Off on Towering Plumes of Volcanic Smoke Mix With Streaks of Lightning in Photographs by Francisco Negroni 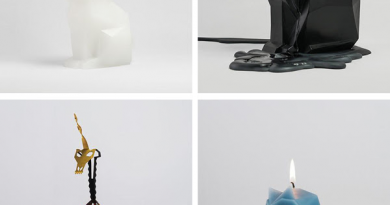 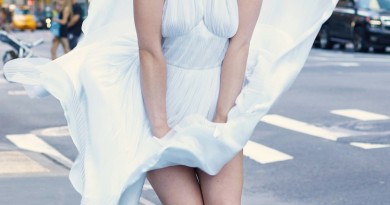