WHO:
Jennifer Elster joined by artists including Jonas Mekas, Heidi Hatry (celebrating her book, Icons in Ash), Danielle Blau, Lutz Rath, Anthony Haden-Guest, and others.
WHAT:
An evening of death related art, music, and spoken word performances
WHEN:
Friday May 12th, 2017
WHERE:
New Museum
235 Bowery  New York, NY 10002
American artist Jennifer Elster screened the video art piece UNKNOWN and performed AMID THE BEAUTY and CEMETERY: IS DEATH? at the NEW MUSEUM in an evening of death related art, music, and spoken word.
Other performances, included one by Jonas Mekas reading a poem about Allen’s Ginsberg death accompanied by Allen Ginsberg‘s beard.
The evening celebrated Heide Hatry‘s book, Icons in Ash.
The evening began with the video art piece UNKNOWN by Jennifer Elster which began with NUCLEAR CODES, a portrayal of Elster as a victim to the current world crisis, alone, isolated in a fetal position, wearing a gas mask and suit, harshly cut against nu-clear explosions from the National Archives.
NUCLEAR CODES
was followed by the video art piece
SLOWING DOWN TIME BUT THE TIME DOESN’T SLOW TIME.
AMID THE BEAUTY
was a song for the audience’s soul, pleading them to care about one another and the world.
“We all need to care” being sung felt both utterly warm and hauntingly concerning for the future. The song ended on “Amid the beauty I see pending death everywhere.”
CEMETERY: IS DEATH?
Elster repeated the question IS DEATH FINITE? over and over in a maniacal explosion of humor, rage and dance that both rattled the audience and also made them feel like dancing.
Statement:
“My work is a study to understand the world in the barest of ways. ” — Jennifer Elster

Jennifer Elster is a Native New Yorker, experimentalist, thinker, artist, filmmaker, writer, photographer and performer.
Elster, obsessed with the truth, explores boundaries in all mediums and has collaborated with such artists as Bowie and Yoko.
Using words, paper, canvases, photographs, audio, video and performance art, Elster explores ways to deal with the severity of reality.
Previously working out of the public eye, last year Elster emerged to exhibit her first public art show The Retrospective of an Extroverted Recluse.
Culled from a large body of work amassed over Elster’s life the show revealed the arc in Elster‘s thinking throughout and up until her most recent work WARFARE which spoke directly and called out, months in advance, the current climate in America
One of Elster’s upcoming projects is the experimental film series In the Woods — where she spent ten years filming people in the woods.
The premise of the films are marked by Elster‘s unusual instructions —no one knows what is going on.
Such subjects as Terrence Howard, Temple Grandin, Alan Cumming, Rufus Wainwright, Aimee Mullins, Questlove and many others have participated.
Elster spent years of deep, and, at times, bizarre excavation into the recesses of her mind and the minds of her subjects, analyzing the depths of human nature.
Elster has been performing and hosting art happenings in her studio The Development underground in New York City to bring a deeper awareness to the human condition and our current world crisis.
Recently Elster has been doing performance art shows at staple New York City locations and was in a group exhibition in the New York City, Central Booking Gallery
(alongside work by Carolee Schneemann and Kate Millett).
“Like most of us, I am worried about the future of this country and the world. In these divided times, we need to come together even more so. Each one of us has the power to create a better world. Person by person. Individually and collectively. We can make a change. We shouldn’t allow anger and hate to dominate this beautiful planet. It can get so much worse if we convince ourselves that our own footprint will not make a difference.” – Jennifer Elster
www.JenniferElster.com
@jenniferelster
ChannelElster.com 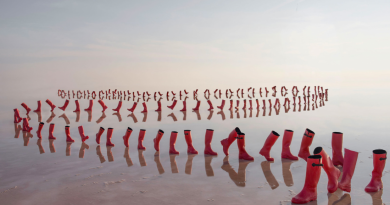 March 29, 2020 Fattie Comments Off on Moments of Isolation and Belonging Explored in Surreal Composite Photographs by May Parlar 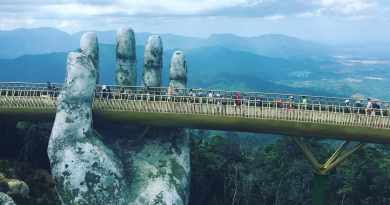 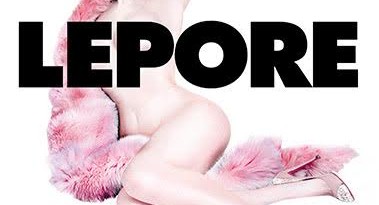