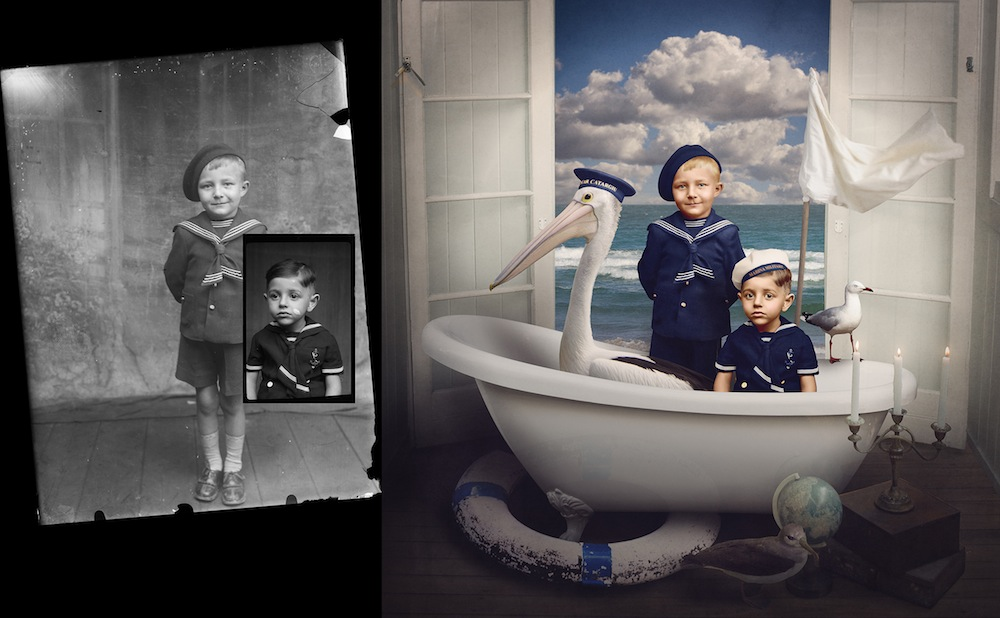 Australian artist Jane Long transforms cracked and faded black and white photographs into colorful works of fantasy, giving the subjects a new, and entirely surreal context. The images she uses for her series, Dancing with Costica, were captured over a half century ago by Costică Acsinte a Romanian war photographer who documented WWI.

The glass-plate photographs by Costica capture the straight faces and intense eyes of the subjects taken long before smiling was common in images.

“I wanted to change the context of the images,” says Long.

“Photographic practices at the time meant people rarely smiled in photos but that doesn’t mean they didn’t laugh and love. I wanted to introduce that to the images.”

By altering the images Long imagines the subjects as characters, letting the audience decide whether they are bad or good.

These colorful transformations have been a source of controversy as some viewers have felt it improper to alter images of those she doesn’t know.

In response to these accusations the artist stands by her work and explains, “I wanted people to see these figures as real people, more than just an old photograph. Adding colour completely changes our perception of images.”

Long’s series Dancing with Costica was exhibited as part of the Ballarat International Photo Biennale.

You can see more work by Long on her Facebook page here. (via My Modern Met) 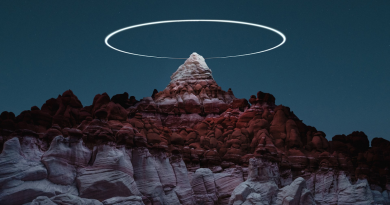 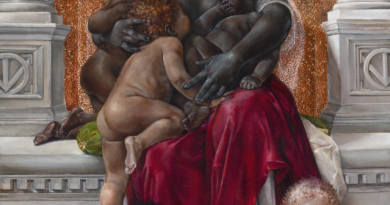 May 13, 2020 Fattie Comments Off on Memory and Self-Love Highlight Profound Portraits of Black Figures by Harmonia Rosales 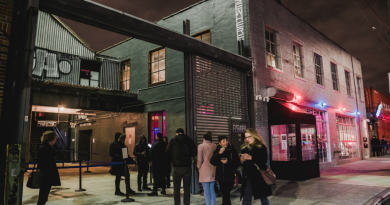