Accessories
July 8, 2019 Fattie BAROQCO Paris Haute Couture FW2019 photos by imaxtree, Posted by: Fattie King
KRATON
The collection is inspired by the Javanese tradition remains important in the principality, located in the region of Surakarta in central Java island in Indonesia. Pura Mangkunegaran cultivates an art and a specific culture, including dance style created by the original inhabitants of this region.
It is this uniqueness which makes the identity in diversity. Create masterpieces reflecting originality to honor the tradition of Mangkunegaran symbiotically to create BaroQco. “For to be unique is to be different and be different shows that you are unique. “
I made parts with metal ornaments, layer after layer, involving the element of Swarovksi © well as semi-precious stones. Semi-precious stones from countries such as Indonesia and Brazil. Using real and authentic materials is the value of these pieces. Each work is designed in a specific order; design, design and technical drawing, production monitoring. Ornaments are plated in 24K gold and palladium. After the ornaments are ready, the next steps are to integrate the framework of the masterpiece and combine them with elements © Swarovksi. In some parts, the finish is made of twine, beads, semi-precious stones, which give way to the final work. The first series is inspired by the Royal Mangkunegaran style, we find the royal colors like green, yellow and gold, black and dark blue.
This series is plated to recreate the authenticity of the raw color of old gold. The second series lets discover the beauty of the tradition of Javanese art through metal works from different flowers and ornaments flora and tropical fauna. In this series, the ornaments are plated in gross color of silver palladium antique. We use recycled silver for plating, as environmentally friendly. The palette we use consists of a variety of colors specifically designed for our designs, hues reminiscent of the dark winter shades such as dark blue, siam, etc.
In Javanese philosophy, colors have meanings; yellow / gold: fight against drowsiness, blue against diseases / disasters, black against hunger, green against stress / frustration, white against the desire / lust, orange against fear, red against evil and purple against evil thoughts .
The legacy of this culture was once integrated with the Paris World Exhibition in 1889, which helped to introduce the Javanese culture in Paris.
The collaboration between the French and the Javanese was made through the efforts of Mangkunegaran and sought to present the kingdom in western society and to know the style of life and Western culture in Java by developments in the arts, of construction,
the army, not to mention the Javanese elements.
BaroQco perpetuates this art in these creations, to try to do to remain in our memories.
For this legacy continues through the ages and styles during the presentation of Parisian fashion collections.
The collection is inspired by the Javanese tradition That still remains in the princedom, located On in the area of Surakarta in the center of Java island in Indonesia. Until now, Pura Mangkunegaran Has Its own arts and cultures and One Among the others is the dance to claims qui avez la original style created by people of Pura Mangkunagaran Themselves. This uniqueness Gives the identity in diversity.
To create Masterpieces in reflections to the originality in honor to the Mangkunegaran tradition for giving one being white and the symbiosis with a BaroQco touch. For one being white is to be different and to be different you are single.
I have made parts with metal ornaments, That Is crafted after-layer layer in combination with Swarovksi © ELEMENTS AND semi precious stones. The Semi precious stones are from a variety of countries Indonesia and Brazil Such As. The use of real and genuine material Gives the pieces has some value.
Each masterpiece is well thought over. It is Initiated with the concept design, manufacture and design than production. Ornaments are plated in 24K gold palladium and gold. Once the ornaments are ready The Following are steps to make the ornaments into the frame work of the masterpiece and than set with Swarovksi ELEMENTS ©. And for Some parts we will finish it with strings of beads semi-precious stones to make the full masterpiece.
The first series is more into the Royal Mangkunegaran style, with the touch of us, BaroQco. With The royal colors Green, Yellow / Gold, Black, Dark Blue. This series is plated in the raw color of ancient gold.
The second series is showing the beauty of the Javanese art tradition by metal works of different flowers and tropical flora and fauna ornaments. In this series the ornaments are plated in the raw color of ancient silver / palladium. We are using recycled silver plating for the just to be more ECO friendly. The Colors That We use a variety of colors are SPECIFICALLY for winter dark colors like dark blue, siam, etc.
In Javanese philosophy, the colors are yellow / gold guards contre sleepiness, blue contre disease / disaster, black against hunger, green contre stress / frustration white contre desire / lust, fear contre orange, red and purple contre contre evil bad thoughts.
The meaning of the Legacy Is That in the past At the Exposition Universelle in Paris in 1889 KGPAA Mangkunagoro V Brought the Javanese Culture to Paris.
The cooperation entre les French and the Javanese is made Because of the efforts by Mangkunegaran in order to Introduce the kingdom into the Western society and to adopt western life style gold farming in Java by Developments in arts, buildings, military without Forgetting Javanese Elements as Their identity.
BaroQco is embracing the Mangkunegaran to be 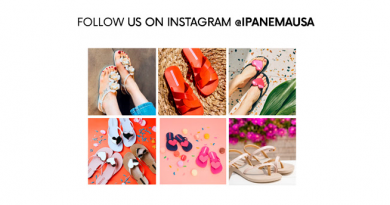 July 2, 2020 Fattie Comments Off on FREE BEACH BAG with Purchase! 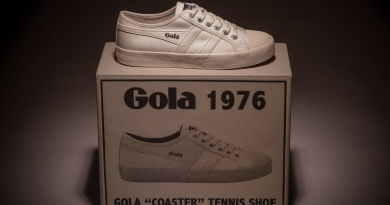 Let’s put the winter blues behind us and spring ahead

March 3, 2020 Fattie Comments Off on Let’s put the winter blues behind us and spring ahead