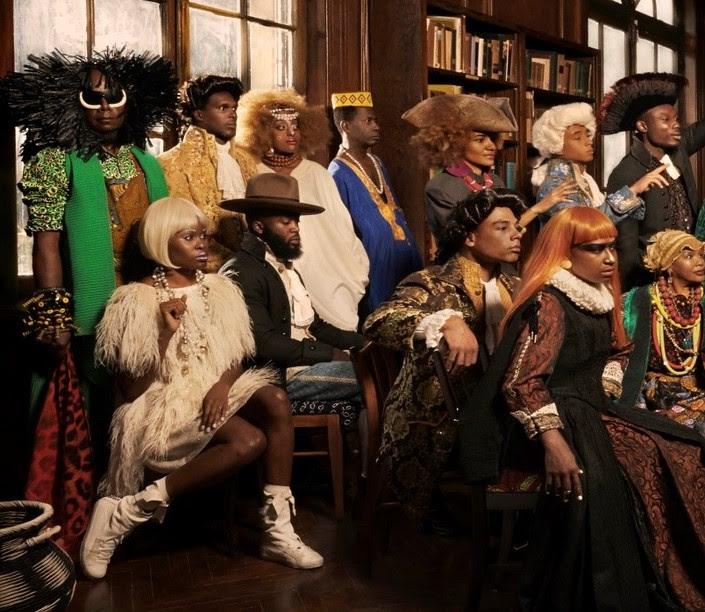 The Boca Raton Museum of Art Commemorates Black History Month: Powerful Art for Online Viewing and an Educational Webinar about the Painful History of Racism in Florida

Watch the video tour of both their artworks at: youtu.be/7IiDCS4L5kk

The Boca Raton Museum of Art’s online initiatives have become a mainstay for art lovers to enjoy from the comfort and safety of their homes during the pandemic.

Virtual art to enjoy online by Renee Cox and Benjamin Patterson. Their compelling works are currently on view at the Boca Raton Museum of Art.

The Founding Director of the FMU Social Justice Institute, Dr. Tameka Hobbs, presents an educational webinar about the history of racism in Florida.

The online initiatives #BocaMuseumfromHome and #KeepKidsSmartWithArt are supported by Art Bridges Foundation. The Boca Raton Museum of Art virtual programming provides access to everyone beyond our gallery walls. Additional support for the Museum’s family programs is provided by PNC Grow Up Great.

The Boca Raton Museum of Art’s new online video shines a light on “The Signing,” an artwork by Renee Cox (pictured above) that is making its museum premiere with this exhibition. Her work glamorously re-imagines the signing of the U.S. Constitution with women and men of color in place of the founding fathers. The Museum will exhibit this artwork for several months, through September of 2021.

Patterson was also a symphony musician and had to emigrate to Europe in 1960 because at that time no orchestras in the U.S. would hire Black musicians. In his wry series, the artist humorously depicts the13 U.S. presidents that served during his lifetime (1934 – 2016) and ends with President Obama. Patterson died in June of the election year 2016, leaving us to wonder how his ironic presidential depictions might have evolved during present times.

The story of Florida’s painful history of racial violence

The Boca Raton Museum of Art invited Dr. Tameka Hobbs, the Associate Provost for Academic Affairs and Founding Director of the FMU Social Justice Institute at Florida Memorial University, to present an online lecture for Black History Month. This online lecture for Museum members is now available for the public to also view, with free access until March 4th.

In the video lecture, Dr. Hobbs shares the story of Florida’s painful history of racial violence (the video lecture includes graphic historic images that may not be suitable for children). Dr. Hobbs highlights civil rights activist Harry T. Moore’s fight against lynching and the Ku Klux Klan that led to the murder of Moore and his wife, in a bombing of their Brevard County home.

Her presentation is titled Strange Fruit in Florida (referring to the 1937 song Strange Fruit made famous by singer Billie Holiday about the lynching of African Americans). The lecture was moderated by Duane Smith, the Adult & Community Programs Coordinator at the Boca Raton Museum of Art. Funding for this program was provided through a grant from the Florida Humanities with funds from the National Endowment for the Humanities.

In the United States, the Library of Congress, National Archives and Records Administration, National Endowment for the Humanities, National Gallery of Art, National Park Service, Smithsonian Institution and United States Holocaust Memorial Museum join in paying tribute to the generations of African Americans who struggled with adversity to achieve full citizenship in American society.

During Black History Month, as detailed in this article in Ebony Magazine by Dr. Gregory Carr, Associate Professor and Chair of Howard University’s Department of Afro American Studies, America is “. . . challenged to contemplate the global and national journey and achievements of its African-descended residents. The ritual was born and driven by the single-minded devotion and sacrifice of Carter Godwin Woodson (1875–1950), a son of formerly enslaved parents who defied American apartheid to acquire a Harvard Ph.D., using it with remarkable efficiency to create organizations and rituals that continue to shape our struggle for intellectual liberation.”

New video online for virtual viewing. Her artwork is exhibited at the Museum through September of 2021.

“The imagery of The Signing, by Renee Cox, brings to light that although people of color did not participate in the signing of the Constitution, they have most certainly played important roles and made vital contributions to the building of this country,” says Kathleen Goncharov, Senior Curator of the Boca Raton Museum of Art. “Museum visitors are encouraged to acknowledge that people of color have been largely left out of history books,”

Renee Cox’s witty and dramatic large-scale work re-interprets Howard Chandler Christy’s historical painting, Scene at The Signing of the Constitution of the United States (housed at the U.S. Capitol building).

Her contemporary and glamorous twist of the historic painting, her 12-foot long photograph re-imagines women and men of color in the place of the Founding Fathers. Her subjects are all decked out — some in current fashions, others in 1700s period clothing, and some wear dazzling African garb.

Describing her photography, Renee Cox states: “This work aims to unleash the potential of the ordinary and bring it into a new realm of possibilities. It’s about time we re-imagine our own constitutions,” says Renee Cox.

Above: in this earlier work by the artist, Renee Cox re-imagines herself as Raje, her racism-fighting super-heroine character in her artwork titled “Raje For President” (from 1998).

My 13 Presidents, by Benjamin Patterson

New video online for virtual viewing. His artwork is currently on view this season at the Boca Raton Museum of Art

Above: Benjamin Patterson. Watch the new art-tour video at – youtu.be/7IiDCS4L5kk

Benjamin Patterson was a founding member of the Fluxus art movement, and the only Black member of Fluxus. His wry presidential portraits strike a curious chord during contemporary election cycles.

In his series My Thirteen Presidents, Patterson juxtaposes the presidents that served during his lifetime (from Roosevelt to Obama) in typical Fluxus fashion: exposing the convergence of their circumstances and the decisions they each made during their presidency.

He draws the foundation of each president’s character through popular astrology, extending to the cosmos and nature.

Above: image of President Obama by Benjamin Patterson, from his series “My 13 Presidents.”

About the Artists Renee Cox and Benjamin Patterson

Renee Cox (1960) This bio is sourced from the artist’s website. Renee Cox is one of the most controversial African-American artists working today: using her own body, both nude and clothed to celebrate black womanhood and criticize a society she often views as racist and sexist. From the beginning, her work showed a deep concern for social issues and employed disturbing religious imagery.

In her first one-woman show at a New York gallery in 1998, Cox made herself the center of attention. Dressed in the colorful garb of a black superhero named Raje, Cox appeared in a series of large, color photographs. In one picture she towered over a cab in Times Square. In another, she broke steel chains before an erupting volcano.

In the most pointed picture, entitled The Liberation of UB and Lady J, Cox’s Raje rescued the black stereotyped advertising figures of Uncle Ben and Aunt Jemima from their products’ labels. The photograph was featured on the cover of the French newspaper Le Monde. In the series Flipping the Script, Cox took a number of European religious masterpieces, including Michelangelo’s David and The Pieta, and reinterpreted them with contemporary Black figures.

Cox continues to push the envelope with her work by using new technologies that the digital medium of photography has to offer. By working from her archives and shooting new subjects, Cox seeks to push the limits of her older work and create new consciousnesses of the body. Cox’s new work aims to “unleash the potential of the ordinary and bring it into a new realm of possibilities”. “It’s about time that we re-imagine our own constitutions.” states Cox.

Benjamin Patterson (1934 – 2016) This bio is sourced from Wikipedia and from Monoskop: The artist was born in Pittsburgh. He attended the University of Michigan from 1952 to 1956, where he studied Music (the contrabass), Composition, and Film Direction. His works are featured in the Silverman Collection exhibitions around the United States. Patterson was one of the founders of the Fluxus Art Movement, and its only Black member.

As an African American musician, it was impossible for him to get a job at a symphony orchestra in the United States at that time in history, so he started out playing with Canadian orchestras and emigrated to Europe in 1960. The artist said: “America was not yet ready for a Black symphony musician.” Returning to New York and receiving his master’s at the end of 1965, Patterson retreated from art for several years.

During the next two decades he pursued a career in arts administration – managing a variety of music, theater and dance companies and serving as administrator or consultant to municipal, state and federal arts funding agencies. He worked as general manager in the Symphony of the New World (1970–72), as Assistant Director of the Department of Cultural Affairs for New York City (1972–74), as director of development for the Negro Ensemble Company (1982–84), and as National Director for Pro Musica Foundation Inc. (1984–86). Although he remained outside the Fluxus scene during this period, he did occasionally surface with performances and new works for such events as the 20th Anniversary Fluxus Festival in Wiesbaden in 1982 and the 1983 Bienal de Sao Paulo, and has been well represented in the various exhibitions throughout the United States.

After a nearly twenty-year hiatus, Patterson reemerged in the late 1980s to resume his career as an artist. In 1989, Patterson returned to Europe to live, creating a vast repository of scores, paintings, and sculptures. He has exhibited or performed widely in venues in New York, Brisbane, Prague, Winnipeg, Tusa (Sicily), Athens, Kassel, and elsewhere. In 1988 Patterson was featured in a solo exhibition of new assemblages and installations at Emily Harvey Gallery in New York. He participated in several Fluxus Festivals, and exhibitions of the group. Between 1988 and 2003, he participated in nine group and four solo exhibitions.

Dr. Tameka Bradley Hobbs is a native of Live Oak, Florida, and a graduate of Florida State University where she earned her doctoral degree in United States History, and Historical Administration and Public History. She is the Associate Provost for Academic Affairs and Founding Director of the FMU Social Justice Institute at Florida Memorial University.

In addition to her teaching experience, she has served as a researcher, writer, consultant, and director for a number of public and oral history projects in Florida and Virginia, including the African American Trailblazers in Virginia History Program, a statewide educational program focused on celebrating African American History.

Her professional experience includes serving as Director of Projects and Programs for the John G. Riley Museum and Center of African American History and Culture, located in Tallahassee, Florida. After relocating to Virginia, between 2006 and 2007, Hobbs worked as the historian and coordinator of the Valentine Richmond History Center’s Richmond History Gallery Project.

Hobbs joined the faculty of Florida Memorial University in Miami Gardens, Florida, in August of 2011. In 2012 and 2013, she participated in the “Route to Our Roots: The Power of a Greater Vision” Lecture Series, sponsored by the John G. Riley Center and Museum of African American History and Culture and the Florida Humanities Council for the Viva Florida 500 observance of the state’s quincentennial. Her book, Democracy Abroad, Lynching at Home: Racial Violence in Florida will be published by the University Press of Florida in August 2015. 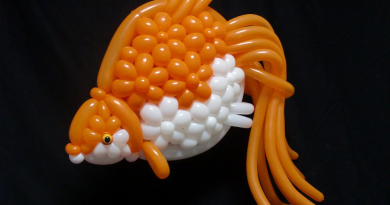 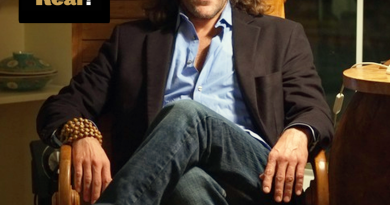 10 Reasons You Would Benefit From Therapy

March 14, 2019 Fattie Comments Off on 10 Reasons You Would Benefit From Therapy 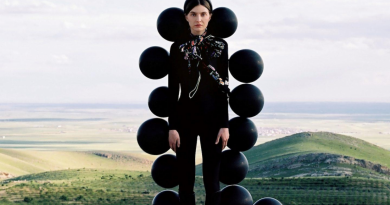 July 10, 2020 Fattie Comments Off on Conceptual Photographs by Can Dagarslani and Sophie Bogdan Fall at the Intersection of Joy and Absurdity