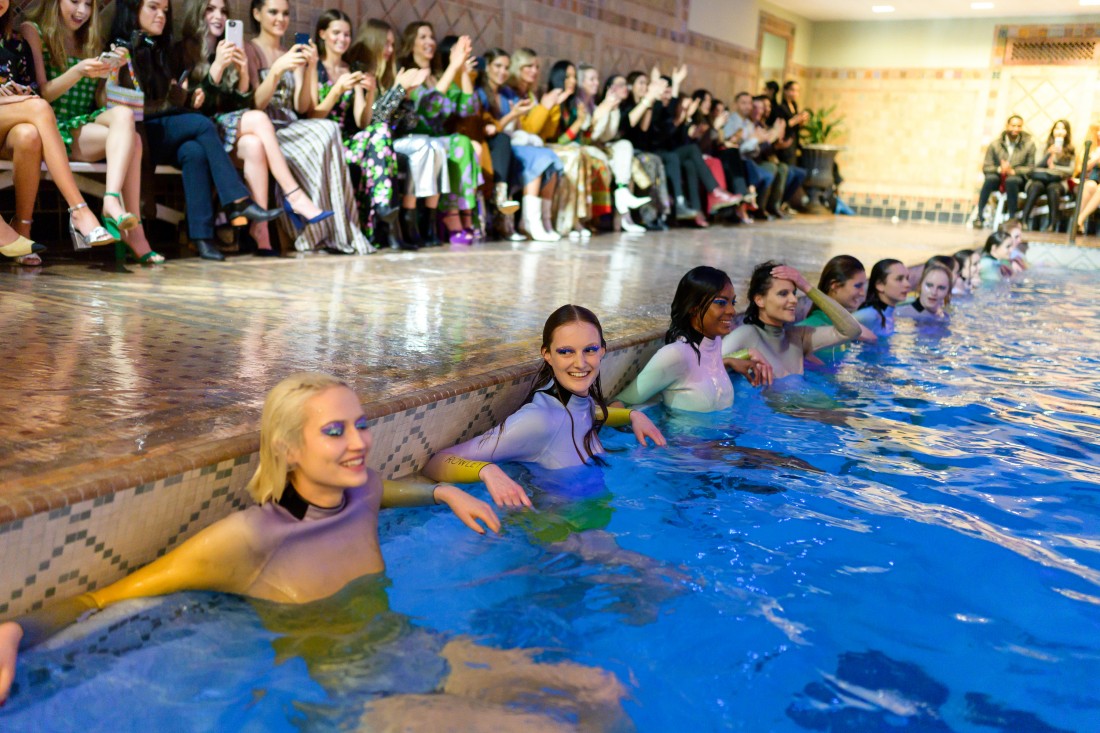 Collection Statement: The sweet spot of creativity is the wedding of novelty and consistency. We crave the surprise of the unseen, but we also need history for context. Always influenced by the art world – the colors of Hilma af Klint, the gradient effect of wet on wet painting, notably, Warhol’s sunset series – the collection celebrates the fantasy of nature’s ombre and the promise of a new dawn.

Says designer Cynthia Rowley, “The sun is always rising and always setting somewhere in the world so a wetsuit or a light pretty dress makes sense, just throw a fluffy parka over it. It’s a blizzard during NYFW and 100 degrees in Australia. It’s time that we start thinking about seasons from a global all-inclusive perspective.”
“Even when I’m the most dressed up, I secretly wish I was in a wetsuit at the beach,” continues Rowley. “Everybody loves a secret. Even more than that, everybody loves to be in on the secret. For this same reason, we chose a hidden oasis at the London Terrace Towers pool to kick off the collection with a splash.”

The spirit of the Cynthia Rowley brand is deeply rooted in an active lifestyle which the designer has notably incorporated into her collections. Its iconic wetsuits have been spotted on celebrities around the world including Gigi Hadid most recently on the cover of ELLE Magazine’s March issue. The brand is known for its surprise collaborations, the latest including a Spongebob Squarepants wetsuit (get it?), eyewear partnership with Haze, and the introduction of a full footwear collection. 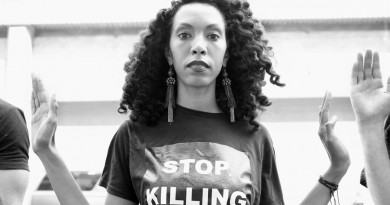 November 22, 2016 Todd Warfield Comments Off on The Journey From Show to Show One Afternoon MENS NYFW SS2017 Photos by Cheryl Gorski 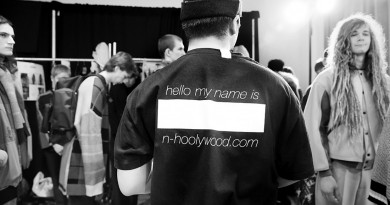 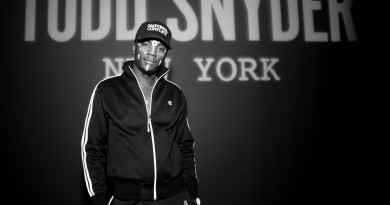