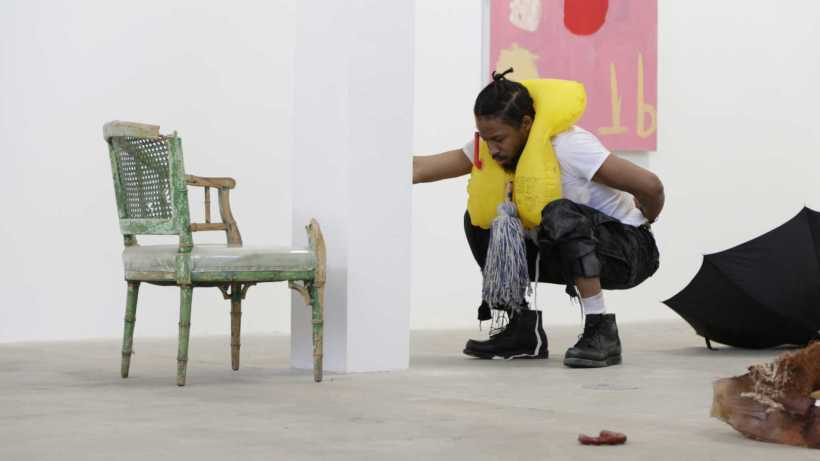 There’s a certain presence that each piece by Daniel T. Gaitor-Lomack has. As if each is a figure with life stories of their own and you just have to take the time to look and listen to understand what they’ve been through. It’s no coincidence that Gaitor-Lomack uses found material to create his conceptual pieces. The streets talk through his work. Gaitor-Lomack’s first love with an art form began with language, poetry, and rap. Growing up in a Black household and as the oldest child of a large family in Section 8 housing in New Jersey, Gaitor-Lomack’s self taught practice is informed by intuition, spontaneity, and ancestral callings—processes that art school cannot teach. Meditating on themes of time, legacy, spirituality, and energetic flow, Gaitor-Lomack also utilizes himself as medium through performance where he “charges” his sculptural works and interacts with them. He calls his sculptures, “conceptual performance assemblages,” a term he coined himself.

During early March, 2021, I got the chance to interview Daniel in person at his solo show near West 4th in Downtown Manhattan. His current show, Domesticity Forgotten: The Art of Assemblage, is in its last week at the Alyssa Davis Gallery which is on the 11th floor on Cornelia street, through March 28th. The works were illuminated by natural sunlight and encapsulated by an all-around view of the city skyline and the shouting of the legendary West 4th basketball tournament occurring on the street below.

I’m all three. I’m a brother, builder, caretaker. Often healer. I feel like my work is healing in different ways, as far as it can take you back to certain memories or bring you back around. I try to do everything, and I just trust myself most of the time. I trust in myself.

“Behind the scenes, I think that’s the great thing about being self-taught. There’s no lane that you’re supposed to stay in. I didn’t go to school where they say, ‘Okay, this is what you need to do.’ There was no crit, none of that. It was either you elevate… somebody keeps it real with you, or you learn the hard way, and I think I did both.”
In New York City, there’s all types of art, from architecture to graffiti, to the art of hustling. Surviving. All these different things. Assemblage. Painting. All that shit is sacred, and I think it’s been breeding something in me for a long time where I just wanted to come to New York and make it here, because I’ve been flirting with it. I’ve had my times where I’ve lived here for months, back and forth for a year. Now it’s like I’ve actually got my hands on being down here. I feel like just being. That’s the connection with these locals exhibitions. And they’re coming from a real place where… This phenomenology—I want to continue that. The writing, whether it’s a press release or even how I approach how people view materials. I’ve been dodging the traditional sense of materials. Title of work. Date. Materials.

You know what I mean? Because I become the medium through performance. I become the medium and the bond. Something like this piece right behind me, Kings Blue (I’ll Be Seeing You)…, it’s a poem. The poem is the materials. That’s it. It’s as clear as day what it is. But I want to take you further. I want to take you back to that time when I was eating icy pops at my granny’s house. It’s like that, and demographics are important. I’m trying to bring all demographics together and embody the space together, but also do the work and create a relationship, whether they know it or not. Just pivotal moves from me, I think. Throwing my aura in the space, showing that I’ve got photography, Assemblage, this weird element of design going on. Telling the story with just raw firewood which I lined the windows with in here. The fire logs for instance where the packaging was called “Simple Simon.” And I keep thinking about how my Japanese friends put me on to Wabi-sabi.

Again, that relationship. So there was Wabi-sabi for “Simple Simon.” The word play is just so simple but it takes a long time to simplify stuff like that, to dive right in and be submerged in it.

Well, because of the performance side of things, each assemblage has performance attached to it. Even when I’m gone, there’s still somewhat an essence of performance. Recontextualizing the space, reviewing the documentation, even the archival… But I had to create my own land, and it comes from being self-taught. I enjoy language, so I like to double-down, triple-up on language. Using what others have become successful at, just an idea. An idea, a genre or period of art. I’m doing more than just an idea—it’s bodies of work that I’m implementing my own body within. And I think everybody gets something from everyone, but in these past eight years, I’ve been doing this, and I get those texts. When I’m in the show, I’m in the space with someone and they’ll say, ‘Man, you know, I was inspired by what you did here.’ Things like that. So to be an influence on someone else is also influential for me at the same time. But yeah, I just want to keep growing and keep it original. You’ve got to do what you’ve got to do to protect what’s yours, and this is how I protect my work, by establishing these lanes and putting the key in different ignitions.

They’re definitely portals. These portals have taken me many places. I’ve done things that I never thought I would do just by reaching the destination. Transporting the work to, say, Toronto, and an art fair, at the convention center. This is real. Speaking of boundaries, there are things that you’re not supposed to grab, right? If I’m up to do a performance, and it’s publicized, and a press release goes out to Toronto, when it comes to me, I’m going to take them somewhere else with me. And I’m going to do everything in my means to do so. And it has to be natural. I think that’s the thing. When you break boundaries, it has to be natural. You can’t force it, because that’s how you get hurt. You’ve got to test the waters, right? You also have to be sensitive.

You’ve got to have this sensibility where you can look at something like the pandemic. People are losing their smell and their taste and their touch. That makes you think about how sensitive that stuff really is, because they probably overstepped the boundary that they should have been a bit more sensitive too. But when it comes back to that performance in Toronto, grabbing things from behind the fair. Twelve-foot scaffold. Crates. Everything. Drumming on crates, I’m shirtless, running barefoot, climbing this tree, yelling at the top of my lungs … I’m trying to bring down the ceiling. It’s more of breaking the ceiling for me. Trying to venture out. Trying to give this portal the right elevation it needs so I can transcend through it.

It’s also another presence working, or it’s another entity or something inside of me is yearning for more. Something wants to come out. I become a portal too. I don’t know for what, but I know one thing—you can’t have fear. Because again, that’s how you get hurt. You get hurt having fear. There’s a lot of different things to it. It can be fate. I always tell my brother, ‘Don’t hesitate, dance with fate.’ I tell my brother that shit all the time. And that’s me. I’m that person who’s going to give you those type of gems, because they’ve been proven to help me and transport me to different places in my life. Like this show. I just kept at it. I just kept at it through the whole pandemic. I just kept going. I just kept banging. Seriously. I’ve just been holding it down.

Kiara Cristina Ventura is a Dominican-American, Afro-Latina curator, writer, and founder of ARTSY WINDOW and host of AW Classroom podcast. A Bronx native, Ventura curates spaces highlighting and documenting the works of young artists of color. She has curated for institutions and galleries such as the Museum of the African Diaspora San Francisco, Vis Arts Maryland, Longwood Art Gallery at Hostos College, the Andrew Freedman Home, Reparations Club LA, and Bronx Art Space. Her writing has appeared in publications such as Artforum, Cultured, Aperture Magazine, Performa Mag, and Teen Vogue. Ventura lives and works in Brooklyn, New York. 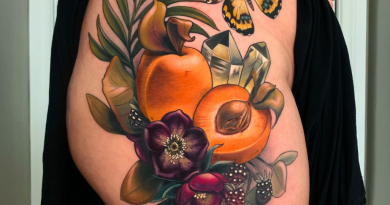 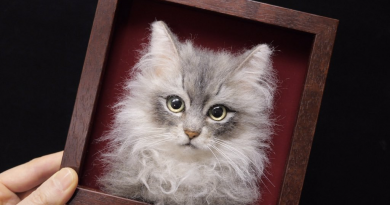 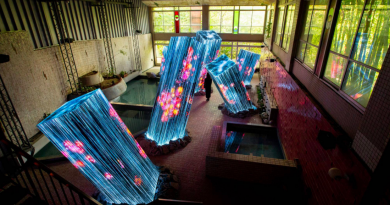 August 8, 2019 Fattie Comments Off on Four Seasons of Flowers Appear to Blossom and Wither in a Responsive Installation by teamLab