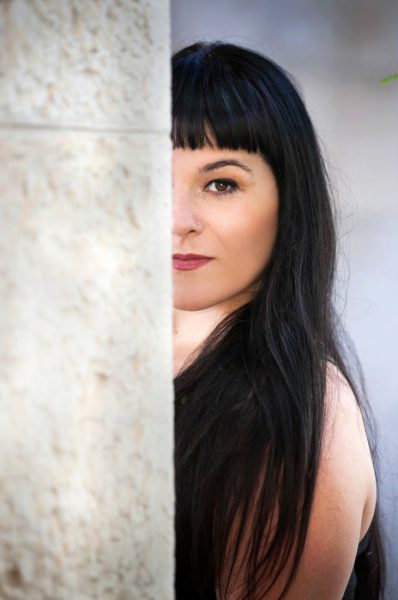 Videos
March 5, 2021 Fattie Fashion is theater for the body: A Talk with Opera Impresaria Beth Morrison with Suzanne Fatta, Posted by: Fattie King

Fashion is theater for the body: A Talk with Opera Impresaria Beth Morrison

I was honored to have a chat with Beth Morrison, founder of Beth Morrison Projects (BMP), an Opera Industry Disrupter, who is midwifing opera into the twenty-first century.

Beth is very fashion-forward in all aspects of her outlook, and I had a great conversation with her about the state of opera today, the intersection between fashion and opera, and changes she would like to see in both industries.

Beth has been called “21st-Century Opera’s Midwife” by San Francisco Classical Voice, and her collective BMP runs the Prototype Festival which Vulture called “Opera, but makes it fashion.” I like the honorific ‘Opera Impresaria!’

As a model and opera singer myself, I’m often asked how I manage the two careers at the same time, and that always confused me.

I don’t see a huge difference between the two art forms – either way, I am using my body to tell or sell a story.

The theatrics, the aspirational fantasy, the self-expression… to me they are a natural fit.

And as long as there has been music-drama, there have been costumes to accompany it.

Some of the top couturiers in the world have designed opera costumes, which for most of opera history were extremely elaborate and expensive.

Isaac Mizrahi, a deep opera lover, was Head Costumier for top productions at The Metropolitan Opera and The American Ballet Theater, and was even 2016 Chairperson of National Opera Week, an initiative by Opera America.

Missy Mizzoli, super rockstar composer and one of Beth’s main collaborators, is in awe of Beth’s famous boot collection. 5” platforms are a minimum. Beth spoke with me at length about her custom Chris Francis boots.

The Klimt and fin de siècle details on the side are stunning.

Chris’s fashion and textile work has been shown in galleries, and many of his pieces have never been worn; he’s a high-concept shoe designer creating wearable art.

Beth said something so beautiful I asked her to repeat it twice; “Fashion is theater for the body.”

She also loves the genre-crossing collective Galeria Do Rock in São Paulo, Brazil. “New boots are my calling card,” she tells me.

It’s part of her Brutalist Design, her Glam Goth.

“Half of my closet is Jonny Cota/ SkinGraft,” she laughs.

Beth is definitely drawn to the craftsmanship and fine details of true couture, as much as she loves “low” or street fashion, and reminds us that the best fashion shows are 100% theatre.

Cabaret, classical music, opera singing, ballet and other classical arts have been incorporated into fashion shows for some time now.

Often Costumiers turn from fashion houses, to opera houses, and back again.

Her personal style is a “cool, downtown, accessible aesthetic” she says.

Her iconoclastic approach to theatre and expressing her own avant-garde aesthetic was born in the experimental theatre world of Boston, where she attended college.

“Art is art; if you can connect to people’s imagination, curiosity and sense of wonder, they’re inspired to cross mediums,” she tells me.

For example, she spoke about the 2013-2018 LA Opera presentation of the great Philip Glass trilogy, which really animated the entire LA fashion community.

For Beth, BMP and PROTOTYPE are all about making opera more accessible and democratizing the art form. She feels that this sentence makes it seem that she is begrudgingly accepting of some companies doing that. That’s the heart of what she does. She believes that BY creating access to the art form for more people, we provide that inspiration and those aspirational aspects of opera to more people.

We still need “something that leads us out of the mundane,” she reflects.

We also talked about the advent of the Instagram model or the overnight designer so that the level of skill and craftsmanship in fashion is dropping, but quite the opposite is true is contemporary opera. These performers are at the top of their vocal, artistic and creative game as the materials demand. One of the things I especially love about BMP is their clear commitment to diversity without any mission statement saying so.

“We don’t make proclamations, we just do it” Beth said. Many of her collaborators, from the composer to the librettist to the stage director, are women, and many of them are women of color.

Getting a bit personal, I shared my own stories of training and performing as a Female Baritone, the misogyny and racism in the fetishization of the higher singing voice, the years of struggling in the soprano/ alto cage, and the freedom I now find in contemporary music where composers love a low female voice and all the opportunities it affords them.

As a vocal pedagogue, Beth was fascinated to learn more about groups like Vivaldi’s Women in Oxford, UK who utilize women with natural, health Tenor, Baritone and Bass voices.

To finish our conversation, I asked Beth – who studied classical, canonical vocal repertoire for most of her training – which was the first opera that really blew her mind, that made her think about the artform in a different way.

I asked her something that’s been on my mind for years: Why do modern composers, who love the low female voice, drop us in favor of the Countertenor when they write The Big One? “The major opera houses” she answered dryly. They will not program operas with low female voices, so the composers are discouraged from writing those roles, so the singers have little to do, so their teachers train them up to Mezzos.

Satyagraha by Philip Glass. “It transfixed me and transformed my idea of what opera could do and could be… its unbelievable power.”

The more I read about and get to know Beth, the more the concept of RISK TAKING emerges. Risk in opera production, in opera programming, in personal style, in fashion ventures… Beth Morrison is at the cutting edge of art, be it opera, fashion or just plain damn art. 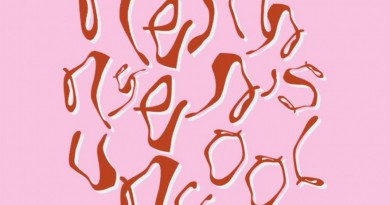 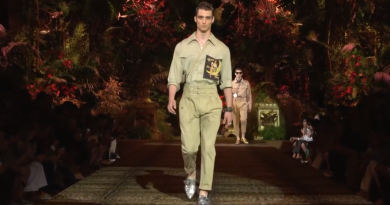 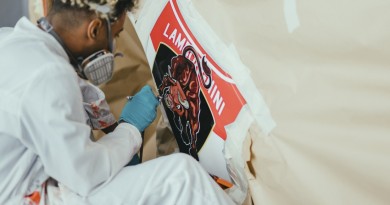