News
May 17, 2017May 17, 2017 Fattie Gaga*UO*Joanne | Exclusive Limited Edition Collection, Posted by: Fattie King
(May 17, 2017 – New York, NY)
Urban Outfitters is pleased to announce the global launch of Gaga*UO*Joanne, a UO-exclusive collection of apparel and accessories releasing ahead of the
Lady Gaga 2017 Joanne World Tour.
The 10-piece men’s and women’s assortment will launch on May 19th at all North American stores at 5 PM in each store’s respective time zone, followed by a digital launch on UO‘s North American sites on May 22nd.
Produced in partnership with Bravado, UMG‘s leading merchandise and brand management company, the collection includes 3 different long-sleeve tees, a baseball cap, a hooded sweatshirt, 2 different short-sleeve tees, a muscle tee, a tote, and a maroon Joanne Alpha Industries bomber jacket.

A UO Exclusive, florescent pink vinyl of Lady Gaga‘s 2016 album, “Joanne” (Interscope Records) will also be released on May 19th in a limited run of 2000 copies.
To celebrate the launch of the collection in stores, UO will hold events at UO Herald Square in New York and UO Melrose in Los Angeles on May 19th from 5 – 7 PM.

The events will be open to the public and will feature a chance for attendees to win signed merch by Lady Gaga, as well as, tickets to Lady Gaga‘s upcoming Joanne concert in LA or NY.

She has amassed an outstanding 30 million global album sales and 150 million single sales, making her one of the best-selling musicians of all time.
Lady Gaga is also one of the biggest living forces in social media with over 61 million likes on Facebook, over 65.1 million followers on Twitter and over 21.3 million followers on Instagram.
Her fifth studio album “Joanne” was released late last year and debuted at #1 on the Billboard Top 200, marking her 4th consecutive #1 album – the first female to do so in the 2010s.
She most recently headlined the 2017 Pepsi Zero Sugar Super Bowl LI Half Time show.
Her 13-minute solo performance amassed 117.5 million viewers.
Lady Gaga is currently in production alongside Bradley Cooper on the film, “A Star is Born,” set for release in 2018.
In 2012, Lady Gaga launched the Born This Way Foundation, a non-profit organization dedicated to empowering youth, embracing differences and inspiring kindness and bravery.
She is also an outspoken activist, philanthropist and supporter of many important issues including LGBT rights, HIV/AIDS awareness and body image issues.
About Urban Outfitters:
Urban Outfitters is a lifestyle retailer dedicated to inspiring customers through a unique combination of product, creativity and cultural understanding.
Founded in 1970 in a small space across the street from the University of Pennsylvania, Urban Outfitters now operates over 200 stores in the United States, Canada and Europe, offering experiential retail environments and a well-curated mix of women’s, men’s, accessories and home product assortments.
For more information visit Urban Outfitters at
www.urbanoutfitters.com.
About Bravado:
Bravado is the leading global provider of consumer, lifestyle and branding services to recording artists and entertainment brands around the world.
Part of Universal Music Group, the leader in music-based entertainment, Bravado represents artists in more than 40 cities and provides services including sales, licensing, branding, marketing and e-commerce.

Their extensive global distribution network gives artists and brands the opportunity to create deeper connections with their fans through apparel, consumer packaged goods and unique experiences. 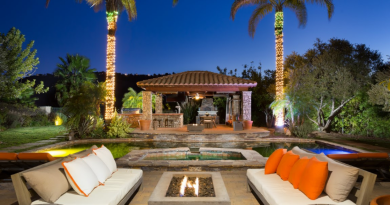 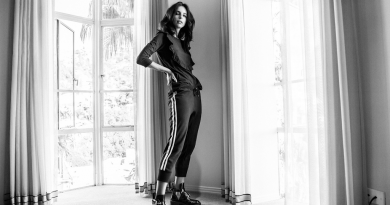 May 25, 2017 Fattie Comments Off on Summer Staples from Ragdoll LA