News
June 23, 2020 Fattie Harry Gesner’s Triangle House!, Posted by: Fattie King
Harry Gesner’s Triangle House!Surfer-turned-self-taught architect Harry Gesner’s thinking was unique.  Instead of going to years of school to learn the trade, he did it on his own and became one of America’s best architects. His homes have drawn international fame such as his Wave House that he designed with a grease pencil onto his surfboard while astride it in the water. Gesner’s design ideas were the inspiration for the Sydney Opera House; his acclaimed works include Sandcastle, where he lived for 50 years, Ravens Eye, Eagles Watch, Scantlin House, now on the grounds of the Getty center, and the Triangle House which is for sale at $3.9 million.

Gesner designed all his homes with an eye to the environment, how the home would sit on its location, the views (which he feels creates perspective to one’s life), and the home’s relationship to the movement of the wind and sun.  He designed one of his most famous works, the Triangle House, with the indoor and outdoor living areas blending together through opening walls of glass and taking advantage of the mild Southern California climate.

Located inland in Tarzana, California on 1.3 acres down a long drive, Gesner’s 5,278-square-foot home is spacious and open with four bedrooms and four baths.  The guest house accessed across the terrace is a replica of the main house and can also be used as an office with glass walls to appreciate more views of the natural landscape.  With uninterrupted views across the living area, the chef’s kitchen has a large island for prepping and eating.  The dining room, with its wall of glass, gives the impression of being outdoors and is served by a large wine cellar.  The den is sunken with a fireplace; there is a large media room, expansive outdoor terraces for entertaining and a pool and sauna.  Just inside the modernist entry gate is a futuristic garage.  The sweeping, triangular lines of the house create a special serenity both inside and out.

Harry Gesner, now 95, has been designing homes since 1945 and was still surfing up until a few years ago.  In the book Houses of the Sundown Sea, published in 2012, his life in design, plans and notes from his archive along with his most famous homes are presented and reviewed. 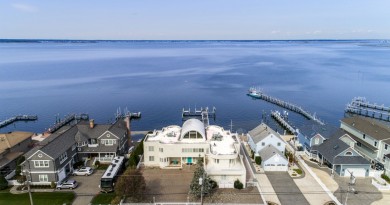 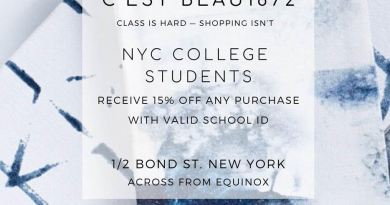 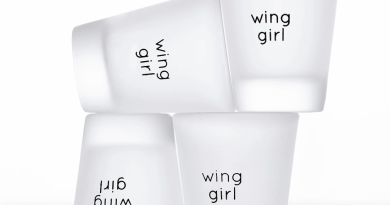