Honey Birdette sparked a fire on Miami Beach with the hottest show at Swim Week featuring a two-part show of lingerie and swimwear and a special performance by Winners of Rupaul’s Drag Race, Aquaria and Violet Chachki.

July 11, 2021 (Miami Beach) — Lingerie retailer Honey Birdette brought the heat to Miami with a capsule collection of luxury swimwear and its sizzling hot, lacy lingerie for the finale show on Saturday night at Swim Fashion Week. The renown lingerie label presented its latest collection, available-for-purchase immediately after the runway show. Winners of Rupaul’s Drag Race, Aquaria and Violet Chachki worked the runway with a spectrum of models including Carmen Carrera – in the house of Honey Birdette’s neon, black and leopard print swim and lingerie. The crowd went wild as each model hit the runway, creating the most energetic and inclusive show of the week. Aquaria closed the show with a special performance of Lady Gaga’s Born This Way, as the models and brand’s founder, Eloise Monaghan, celebrated and channeled Honey Birdette’s DNA of inclusivity and a sultry, good time.

In developing its swim collection, Honey Birdette channeled sustainability, utilizing recycled eco fabrics that include a quick dry composition and wear-it-again durability – proving that swimwear can boldly go from the beach to sipping cocktails at the yacht club. Each swimwear piece is accented with signature fox medallions, gold eyelet details and contoured cut outs.

Created by Eloise Monaghan in Australia, Honey Birdette opened its first boutique in 2006. Today, with more than 60 boutiques worldwide, including its US headquarters on Sunset Boulevard in Los Angeles; the exclusive lingerie retailer has its eyes set on a US expansion with stores slated to open in Miami, New York and Dallas by the end of 2021. Honey Birdette has been flocked to by a roster of A-listers including Kylie Jenner, Cardi B, Addison Rae and Bella Thorne – to name just a few.

“I don’t think you can ever put an age on Honey Birdette.  I always get asked ‘who’s your demographic?’ but I don’t actually believe in demographics anymore,” says Eloise Monaghan. “The Honey Birdette customer can be an 82-year-old woman, a 17-year-old gay man or a middle-aged transsexual.  Our customers are so varied.” raves Monaghan.

Honey Birdette is a luxury lifestyle brand created by Eloise Monaghan. The first boutique opened in 2006 with a unique offering of high-end lingerie and premium bedroom accessories. Bold, innovative and a little naughtier than you would expect, Honey Birdette quickly became the most talked about lingerie brand in Australia, growing to fifty-eight stores globally. In 2011, Honey Birdette entered into a strategic partnership with BB Retail Capital (BBRC), one of the largest retail groups across the Asia-Pacific region. In 2016, Honey Birdette opened their first international boutique located in Covent Garden and now has 3 boutiques in the United Kingdom. An extensive American roll out is currently underway with stores opening in Las Vegas, New York, Miami, Houston, Santa Monica, Toronto and Vancouver.

For more information or to purchase Honey Birdette, visit: honeybirdette.com 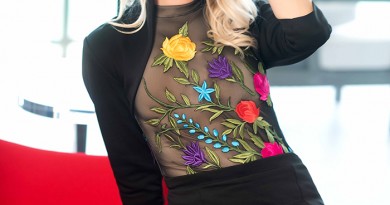 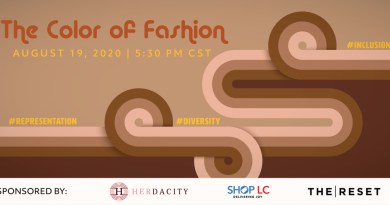 August 19, 2020 Fattie Comments Off on Color of Fashion Panel Highlights Black Voices in the Fashion Industry 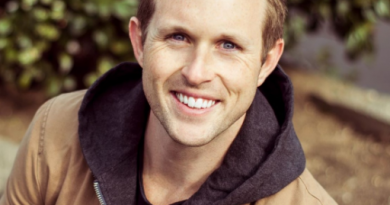 August 20, 2020 Fattie Comments Off on Celebrity Model and Actor Shaun Melady From Communications Pro to Entertainment