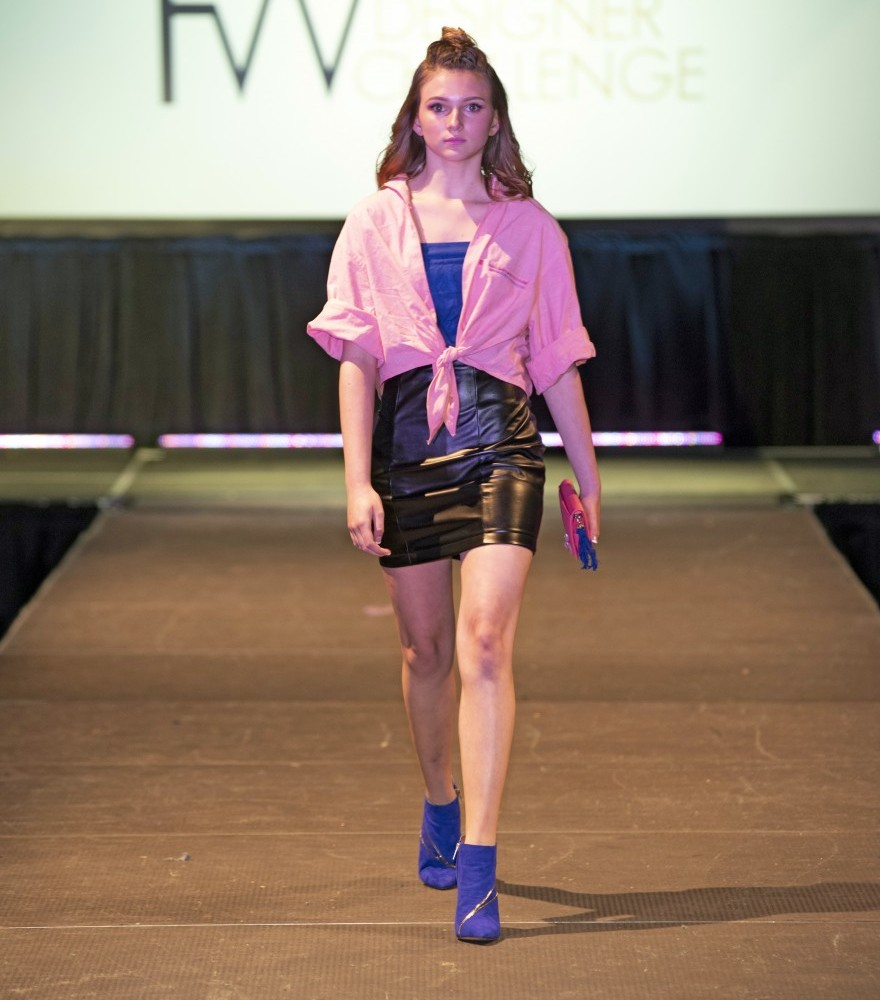 In a state traditionally known for sports and agriculture, the inaugural Indiana Fashion Week (INDFW) gave fashion its rightful place in the state’s narrative. In a 5-day immersive experience themed, “Perspective,” the Indiana Fashion Foundation successfully executed and exemplified its mission of “connecting the world of fashion, strengthening the industry of fashion, and securing the future of fashion.”

The week began with the two-day, Project Runway style INDFW Youth Designer Challenge. On day one of the challenge, six aspiring designers ranging from ages eleven (11) to seventeen (17) took on a local Goodwill store in a 45-minute shopping spree using only a $20 gift card provided to them by Goodwill of Central & Southern Indiana. A crowd of onlookers cheered the students on as they gathered items to upcycle into all new, runway-worthy looks. The shopping challenge was followed by an ideation session in which the students sketched the first drafts of the looks they would create during the design challenge. On day two, the gymnasium of the Indianapolis Metropolitan High School was transformed into “The Creativity Den” — a makeshift garment production factory — where the youth designers were partnered with mentors from the American Sewing Guild Indianapolis Chapter and given 7 hours to create their looks to be exhibited during the finale runway show.

On day three of Indiana Fashion Week, media outlets and key participants gathered on the third floor of Saks Fifth Avenue at The Fashion Mall to preview the collections of the eight designers competing in the INDFW Emerging Designer Competition as well as hear from INDFW founder, Denisha “Dlang” Ferguson, and Creator of New York Fashion Week & 2019 Honoree, Fern Mallis. On day four, everyone returned to Saks for the Making it IN Fashion Industry Day Conference. The conference opened with a conversation with international opera singer gone accessories designer, Angela M. Brown, entitled “From Indy to Industry: A Creative Journey.” In this conversation, moderated by INDFW event director, Temara Payton, Brown chronicles her journey from singing in her local church to performing on iconic platforms such as the Metropolitan Opera. She also shared with the captivated audience of fashion professionals and style enthusiasts about her transition into accessories design after recurring incidents of damaged costume jewelry during her travels.

In a twist, Payton calls Indiana-native cinematographer and film producer, Sam “Rok” Radford, to join her and Brown on the stage for an impromptu interview. Rok shared his journey from producing the morning announcements at North Central High School in Indianapolis to shooting campaigns for Calvin Klein and producing music videos for likes of international rapper, singer, & songwriter, Drake. “Dream huge! Don’t stop! Don’t talk; do it,” he tells the audience when asked how he built his career.

The conference continued with a local panel discussion entitled, “Our INdustry: Maximizing & Expanding in Indiana,” which covered the state of the fashion industry in Indiana and ways to navigate challenges. Panelists included Stylist & Creative Director, Anj Blanchard-Carter, Meghan Smith of the Indiana State Museum,  outgoing President of the Fashion Arts Society, Madison Hromadka, and Editor-in-Chief of Pattern Magazine, Polina Osherov. The panel was moderated by creator of the popular Tales & Turbans blog, Aicha Balde.

The industry day conference continued with a panel entitled, “This is Fashion!: The Evolution of the Industry,” featuring Chris Lavish, Global Digital Director for Fashion Week Online, Director of Cultural Diversity & Inclusion for NYC Jewelry Week, Elliot Carlyle, Channing Hargrove, Fashion News Editor for Refinery29, and Fashion Blogger & Plus-size Fashion Brand Consultant, Sarah Chiwaya. The panelists discussed everything from matters of inclusion and representation in the industry to their own journeys and challenges in the fashion industry. The session concluded with a highly-engaged Q&A session in which the audience gleaned from the knowledge and experience of the panelists on topics ranging branding, personal development, and getting started in the fashion industry.

The final session of the day was an interview with Fern Mallis, moderated by Dlang Ferguson. In the interview, Mallis reminisced on her childhood and growing up in a creative family and discussed the evolution of her career while Ferguson engaged her in conversation about her extraordinary ability to reinvent herself. Mallis also discussed her delegative leadership style quoting wise words from her father, “Two people should never have to worry about the same thing.” Not a dry eye remained in the room as Mallis replayed the scenes of the final runway show of Indiana-native fashion designer, Bill Blass, in the days of the Bryant Park tents. The interview culminated with an arousing standing ovation.

At the conclusion of the conference, Mallis and Ferguson were joined on stage by First Lady Janet Holcomb, the wife of Indiana’s Governor Eric Holcomb, who presented Ms. Mallis with the first-ever INDFW Legendary Trailblazers of Fashion Award, after which she presented Ferguson with a proclamation from the Indiana Governor’s office declaring June 18 – 22, 2019, “Indiana Fashion Week.”

The week ended on a high note with The Runway Shows featuring the INDFW Emerging Designer Competition. The evening began with a runway show that featured looks from fashion presentation, “The Color Story,” created by the INDFW style team led by Raemia Higgins. The show was accompanied by singer, Eddie Dean, who performed an emotion-provoking rendition of Sara Bareilles’s “Brave.” The night continued with shows from emerging brands, Unfollowed Creator, Stylenspire, Bond Girl No. 9, and Mo Gio. The first half closed with a runway show by Barbara Riordan of Indianapolis-based fashion brand, Pariah. The second half opened with the last of the four emerging brands, which included Mau et Cie, Witty by Codi, Tokyo Twiggy, and CHLEEN, followed by a show featuring the looks created by the students who participated in the INDFW Youth Designer Challenge. The last of the runway shows was an exhilarating one by featured designer, Larry Underwood of Underwood NY. At the conclusion of the show, INDFW creator, Dlang Ferguson, was joined on stage by Fern Mallis to announce the winner of the first-ever INDFW Emerging Designer Competition. The $5,000 prize was awarded to Jennifer M. Felts of emerging brand, Tokyo Twiggy, who presented a collection inspired by the movie Big Hero 6  that featured custom, hand-drawn textile designs and elements of Japanese fashion. “I am shocked, honored, and humbled by this opportunity that Indiana Fashion Week has provided for me,” say Felts. She continues, “Thank you all for supporting me. Thank you, Fern Mallis, for making the time to come to Indiana and inspiring us all.”

About the Indiana Fashion Foundation

The Indiana Fashion Foundation is a non-profit 501(c)(3) organization dedicated to uniting fashion professionals from across Indiana in an effort to mobilize the fashion industry in the state. Focusing specifically on positively impacting economic and environmental sustainability, IFF endeavors to INvoke industry leaders, INspire all, INvest in emerging talent, foster INnovation in the areas of thought & design, and to establish INdustry by creating opportunities for growth and stability in fashion statewide while being a bridge to connect globally. 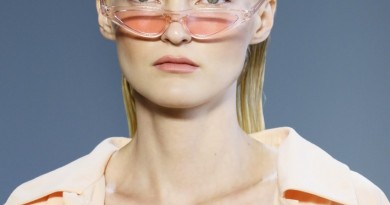 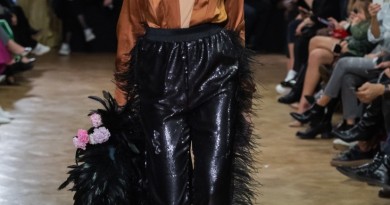 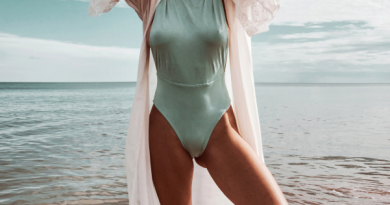 August 3, 2018 Fattie Comments Off on LOST IN ITALY ANTONINIAS