Black Lives Matter rally/protest with art and fashion was on July 12, 2020 AT 3PM, and took place at Washington Square Park in New York.

ABOUT THE DESIGNER – JASON CHRISTOPHER PETERS:

Regarded as the ‘future of fashion’ by a multitude of respected publications around the world, former model, turned designer Jason Christopher Peters is already a rising fashion icon being prevalent in the fashion world for almost 20 years.  He is steadily continuing to make his mark as a well-respected name in the industry.

Since departing an invaluable internship experience led by fashion legend Betsey Johnson, a brief time on Tyra Banks “Stylista” reality show, cast member of “Boyz Next Door Atlanta”, and  meeting Vogue’s Anna Wintour, Jason is beginning to become a sought after name in the business. His designs featured in covers, tearsheets and articles for magazines such as ELLE, PEOPLE, Cosmopolitan, Star, Us Weekly, OK!, Teen People and many more. 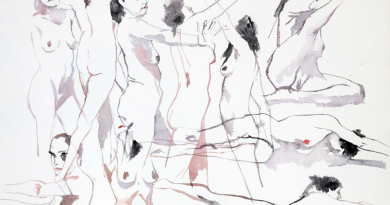 May 25, 2018 Fattie Comments Off on “Figurations” by Marcelo Daldoce Launches on Artsy!

November 14, 2018 Fattie Comments Off on KICK FLIP FOR SOCIAL JUSTICE!