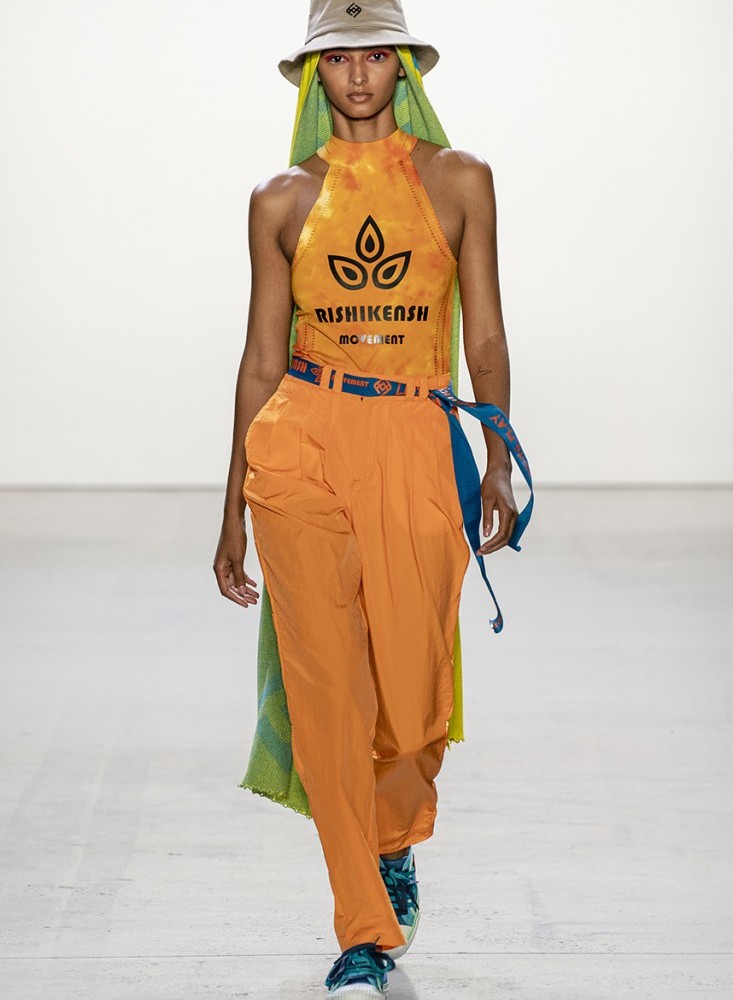 layered with perforated-mesh overcoats and hoodies. Clear raincoats with neon piping accessorized several looks, allowing for the colorful silhouettes to breakthrough on the runway.

The tie-dye process the designer abides by is less traditional than other brands, “We first make each look and then tie-dye the completed piece, using organic dye colors; where as many tie-dye the fabric before constructing the look.” the designer explained. Liu Yong even tie-dyed fleece hoodies and jackets and used a plethora of black dye, for a unique, monochromatic take on typical tie-dye style.

The designer presented a collection that truly exuberated confidence to a fully packed house at Spring Studios for the sixth day of NYFW.

Liu Yong is regarded as one of the top 10 fashion designers in China; sitting on multiple boards for several Chinese fashion associations. He has been a respected consultant to many fashion groups in China for over 15 years; since the inception of his namesake brand.

The designer wanted to evoke athleisure as a feeling, a sense of slow fashion, by way of the apparel design and production process. Describing his streetwear, “Whether it’s yoga or dancing, you can do so in any of the designs – with a concentrated attitude. We use the softest cotton and other recycled textiles, so that our customer feels comfortable and conscious” continued Yong.

RISHIKESH is named after Reshikesh, “the City of Yoga” in India. Leaning against the Himalayas and fronting the Ganges River, the city of Reshikesh is like a shining pearl inlaid into a crown, a place where many Yoga masters in the world live. It is a heaven of meditation and adventures in Yoga.  The brand is focused on merging Yoga culture with the “Street Culture” and “Punk Style” from casual wear. The brand created and adopted the use of the first Garment Wash technology and its unique and distinctive style has garnered a huge following among middle-end and high-end female customers aging from 18 to 38.

Liu Yong is regarded as one of the top fashion designers in China and held project director and Product Consultants in many famous listed fashion groups in China, such as Septwolves, BOSIDENG. In 2003, Liu started his own fashion studio and has cooperated with many fashion brands lending his name and unique style for capsule collections that shake the Chinese fashion world. In 2015, Liu established his own street fashion brand: “LIU YONG PLAY”, which is one of the original street style brands in China. In 2016, he won the “ China Fashion Designer Top Award.” 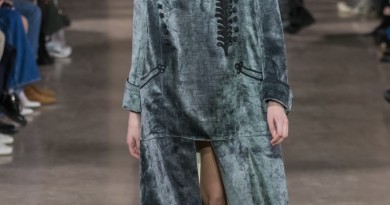 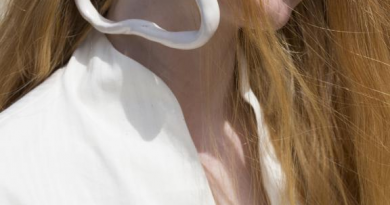 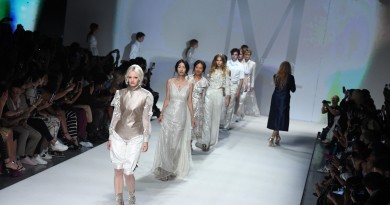