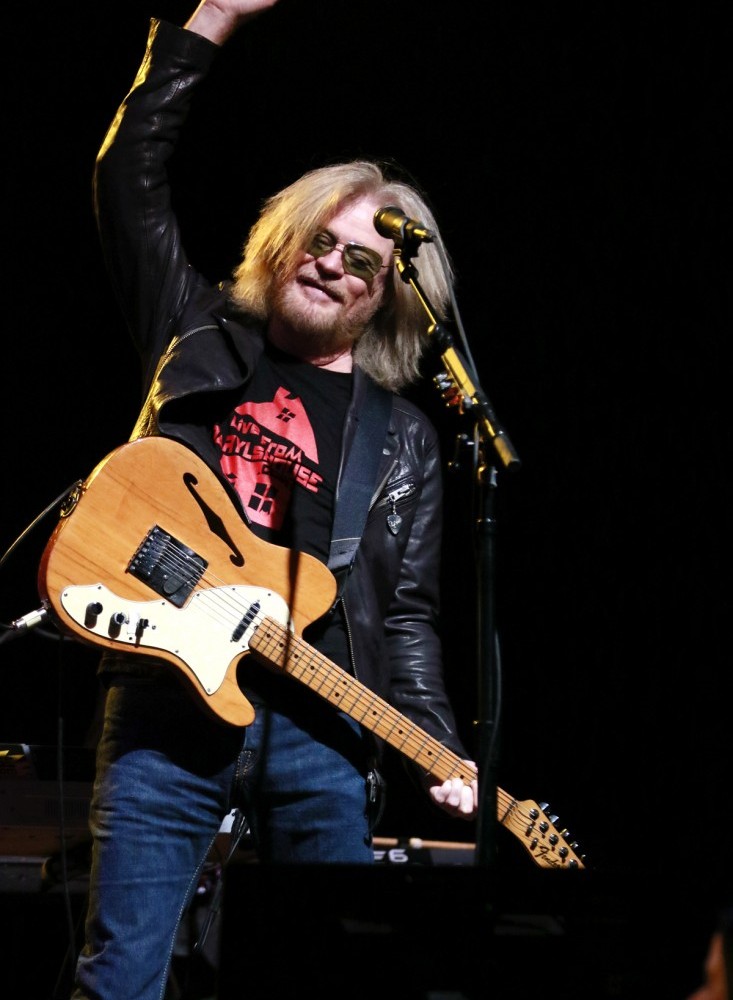 “Live From Daryl’s House” rolled in for one of two rare featured shows with the legendary Daryl Hall and John Rzeznik, lead singer of the Goo Goo Dolls, at the Seneca Niagara Casino in Niagara Falls, New York. The second show was at the Salamanca Casino on Saturday night.

The stage was set as if it were the set from Daryl Hall’s hit television show “Live From Daryl’s House.”

The show is about bringing together some of the most talented and well-known artists to Hall’s home where they cook, banter, and play together.

Hall first hit the stage with a rendition of a pair of classic songs from the Hall & Oats library. “Bring it on Home” and “Bank on Your Love” planted the crowd firmly into the groove just before introducing Buffalo’s own Rzeznik, to a thunderous Buffalove roar!

Johnny wore a HUGE smile, blew a few kisses, and cranked right into a sweet version of Goo Goo Dolls’ “Slide.” Throughout the rest of the gig, Hall and Rzeznik traded vocals back-and-forth as they covered Hall & Oats’ “Did it in a Minute.”

A few jokes and a guitar-change later, the pair went right into GGD’s “Broadway.” The duo did a fantastic job playing off of each other.

When Hall sang the lead to a Hall & Oats song, like “Some Things Better Left Unsaid,” Rzeznik filled in with harmonies and background. They switched responsibilities when it was a GGD song.

There were a number of songs like “Come to Me” that allowed both performers to open up, let loose and work around each other. Perhaps the greatest element of success is the fact that these are “swing-and-a-miss” type show.

That is, there are no rehearsals prior to the show. A song list is produced, a backup band composed of some of the greatest studio cats around is assembled and then the show goes on. Professionals, mind you, are the ones that make it appear easy. And these two never disappointed.

Even though the set felt a bit short, it was a great mix of both artist’s material.

Midway through the show, a short video showcased that they had done this before in May 2011.

Rzeznik can apparently cook a “mean ass” chicken wing.  In fact, some of the most boisterous cheers came when Rzeznik announced Buffalo Chicken Wing Rule #1: “It’s not a Buffalo chicken wing unless it has Frank’s Red Hot sauce on it!” Amen, brother. As the band came back on stage after break, you could really feel the bond among them.

Jokes were exchanged all night long !

At one point, Rzeznik quipped, “Hey look! My sisters are here… not to see me, but to see you! Lord knows, they’ve seen too much of me.” Then they broke into song…

The concert continued with the merger of material from both musicians. Following the performance of Hall & Oats’ “Guessing Games,” Rzeznik retorted with back-to-back tracks “Rebel Beat” and then into the crowd pleaser of the night, “Iris!”

The volley continued with Hall stepping up with the 1981 hit, “You Make My Dreams” that had everyone dancing. Rzeznik then brought it “Home.”

Concluding the show, Hall positioned himself at a keyboard to perform “Kiss is on my List” intermingled with a few minutes of “Private Eyes” before finishing it all with “Kiss.”

This was definitely a show to see. Few things are as enjoyable as watching artists of this caliber perform their art.

Who knows? Maybe someday there will be another collaboration between them. Until then, I will bask in the glory of having been a witness. 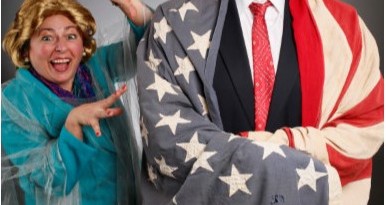 Twas The Night Before Christmas

December 23, 2018 Fattie Comments Off on Twas The Night Before Christmas