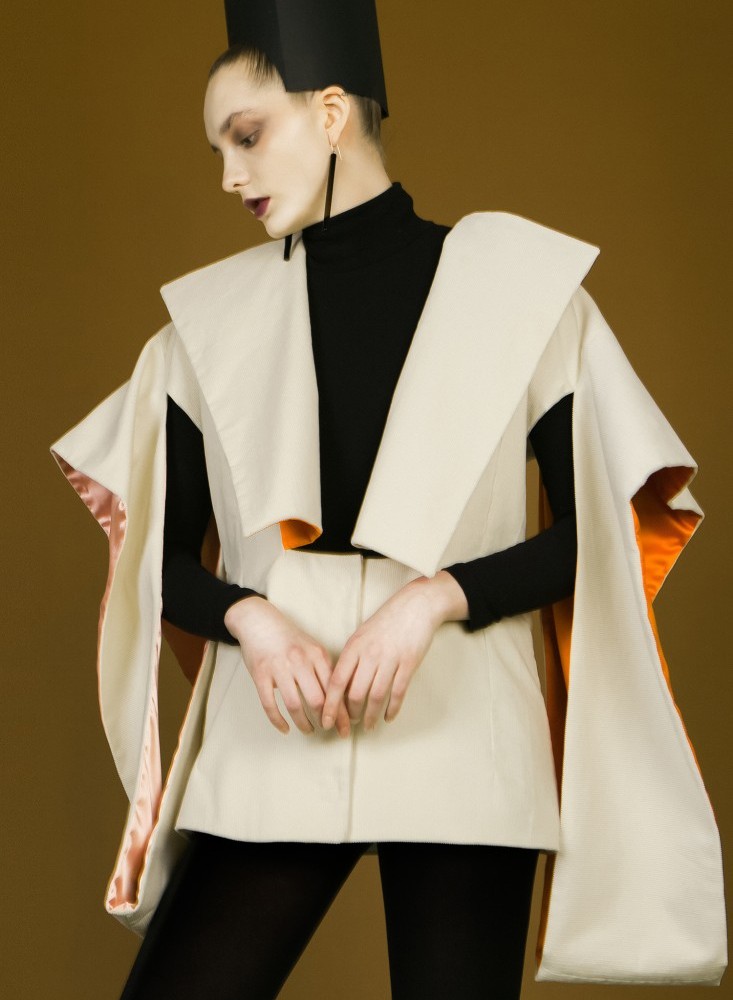 The idea of the MARP SS18 collection creation comes from the desire to unveil the inner world of a modern woman, to reveal emotions through images. The author has found sensual and graphic reflection of the theme in creative works of architects and designer, which has influenced the formation of the art concept and has defined the way of its construction.

– Simple geometry of shapes in the pictures of the American artist Georgia O’keeffe.

And also specific features of the Chinese suit cut and the expressivity of Marie Louise Fuller’s modernist style dance.

Lightness and emotional trustfulness are the main uniting lines of all of these works.

The idea of soul, feelings is directly associated with such notions as heartbeat and breath. For this particular reason the special place in suit composition is allocated to the middle part of the outfit which calls for paramount perception. The collections consists of short widened jackets, blouses with broadened sleeves, half-open capes freely fluttering and losing the clarity of an outline with every movement. Here comes the name of the whole collection – «BLOUSE BOOM».

The image of mobile ease and variety within the torso is emphasized by the laconic vertical rhythm along the whole person’s body. The general desire for the elongated form is created by a long tight dress, or thick tights, a high headgear, pointed shoes and black and gray color. There is a similarity with aesthetic ideals of the Burgundian fashion of the Middle Ages in it.

Because of the manifestation of Gothic motifs in the new image, the collection gains a theatrical element. The cause of such an approach lies in the intention to plunge into the invisible world perception.

The minimum inclusion of color and the focused attention to a silhouette are supposed to strengthen the plastic expressiveness.

At lookbook shooting the color background is actively used to raise the role of monochrome palette in artistic image detection.

Maria Pshenichnikova is a young Russian designer based in Moscow. She has graduated from Polimoda Fashion School. Maria’s clothing brand is called MARP. The name derives from her first and last name and her education history. She studied at MARHI (Moscow Architectural Institute) (graduated in 2012 ) and at Polimoda (graduated in 2014).The idea of the brand is simple: clean lines, laconic architectural forms and aesthetics of art. Since the designer has architectural education, she always thinks about the composition of spots of color, the lines, and the texture. All that becomes the inspiration for the whole range of clothes.

The aesthetics of individual image is formed on the basis of the style of organic architecture, abstract art and models of the 90s of the 20th century. Clothing MARP has architectural cutting, geometrical lines, silhouettes are feminine, but with a touch of masculine style.

Philosophy: Clothes should be a natural continuation of human personality. The form and the function are united. 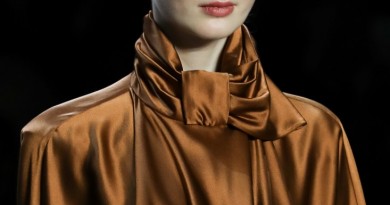 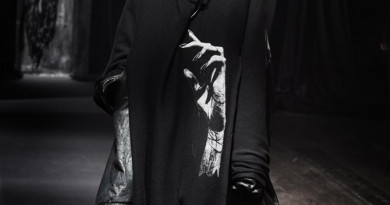