Accessories
October 2, 2017October 2, 2017 Fattie MELISSA UNVEILS ITS NEWEST DESIGNER COLLABORATION WITH BAJA EAST, Posted by: Fattie King
MELISSA UNVEILS ITS NEWEST DESIGNER COLLABORATION WITH BAJA EAST
New York, NY (September 12th, 2017): Today Melissa unveils its newest designer collaboration with downtown favorite fashion brand, BAJA EAST.
The aesthetic belonging to BAJA EAST designers Scott Studenberg and John Targon seamlessly unifies with Melissa, the ever-innovative plastic accessories brand, to produce bold, punchy accessories designed to accompany BAJA EAST’s collection of “loose luxury”: a fashion and lifestyle concept blending the duo’s native laid-back California cool with a city street edge.
The collaboration will make its public debut during the fashion house’s New York Fashion Week runway show on September 12th, which will be held in Melissa’s new experiential ‘Galeria’ in SoHo, and will then be available for purchase in store later that afternoon.
The collection consists of 4 footwear styles: a flat slide, a flat sandal, a chunky high-heeled mule, and a closed-toe, lace-up ankle “Desert” boot, as well as 1 drawstring bucket bag.
True to Melissa’s 35+ years of innovation and high design, the MELISSA + BAJA EAST collaboration boasts the brand’s key raw material: recyclable PVC (100% crueltyfree!). The collection will be offered in metallic gold, powder pink and black, accented by the addition of a plastic python-embossed texture
The MELISSA + BAJA EAST collaboration brings with it a transformation to Melissa’s new American flagship, an expanded Broadway space architecturally developed by Muti Randolph and designed to celebrate and connect the city’s young art scene.
The store will be converted into a proper NYFW runway for the first time ever with a full, multimedia set build-out to visually transport the audience into BAJA EAST’s world.
The iconic SoHo location at 500 Broadway is a concept store that will function to align Melissa more closely with NYC’s emerging artists, supporting young, local talent.
“We’re excited to be partnering with Melissa – right away we were awed by the caliber of the brand’s innovation over several decades,” said BAJA EAST designer, John Targon.
“As a company, their approach to design is so complementary to our spirit and how we play with fashion.
The whole MELISSA + BAJA EAST collaboration is a totally fresh way to approach a new category for us, and using Galeria Melissa as our show venue is going to elevate the NYFW experience dramatically.”
Designer Scott Studenberg adds, “We love the idea of making exotics accessible, and worked with Melissa to create a super-realistic 100% cruelty-free plastic python that we used throughout the collection.
We also incorporated our PSYCHEDELIC TIGER print and our THRIVING message to edge out the collection.”
“Melissa prides itself on collaborating with the best design talent across the world, and our new partnership with BAJA EAST perfectly aligns with Melissa’s current brand direction,” adds Raquel Metz Scherer, Marketing Director for the brand.
“There is a great synergy of lifestyle between Melissa collectors and the in-the-know fashion crowd that follows Scott and John’s growingly-iconic ‘loose lifestyle’ approach to streetwear.”
The re-envisioned Galeria space was born from a futuristic eye, exceptionally innovated with the latest technology to create a multi-sensory experience that surpasses the typical shopping experience.
Melissa + BAJA EAST collaboration will be available for purchase beginning September 12th at all three Galeria Melissa locations around the world, including Galeria Melissa NYC (500 Broadway between Spring and Broome Streets), Galeria Melissa London and Galeria Melissa São Paulo.
The shoes will retail between $105 and $150, USD and the bag for $170 USD. Additionally, all three Galeria Melissa stores will receive art installations to celebrate the Melissa + BAJA EAST collaboration.
About Melissa
Melissa is a celebration of design. Created in 1979, the brand is recognized worldwide for the innovative works on its key raw material, a recyclable PVC (100% cruelty-free!), with an irresistible scent. Melissa has associated itself with iconic names in design, fashion and art, collaborating with BAJA EAST – as well as Jeremy Scott, Vivienne Westwood, Karl Lagerfeld, the Campana Brothers, Zaha Hadid, among others.
Although it was born in Brazil, Melissa is a global brand not only because it can be found in 96 countries but also for its cutting edge aesthetic which surprises fans all around the globe.
Galeria Melissa, New York, NY is the third of its kind, joining the flagship in São Paulo, Brazil and Covent Garden, London. It opened to the public August 1st, 2017.
https://www.melissa.com.br
@shoesmelissa @melissaoficial
About BAJA EAST
Baja East is a globally inspired luxury brand based in New York City, established in October 2013 by Scott Studenberg and John Targon. Embodying a “go anywhere” attitude, the duo combines west coast laid-back cool with a city street edge in pieces that are as elegant as they are effortless, pioneering a new kind of fashion and lifestyle concept they call “loose luxury.”
The brand built a name for itself effortlessly blurring the lines between men’s and women’s with its core concept of ambisexual dressing that continues to thrive. Over the course of 12 seasons they have developed new layers of red carpet- ready to off-duty dressing, specifically targeted to women.
Through years of experience as Sales Directors at Lanvin and Celine, the designers saw a void in the market, which they fulfilled with Baja East.
Their inherent understanding of the luxury market has helped shape their collection and enabled them to compete on an international level in over 40 of the world’s best luxury retailers, greatly supporting domestic manufacturing in New York City and Los Angeles.
Their definitive aesthetic earned them the 2016 Fashion Los Angeles Emerging Designer Award by The Daily Front Row, and qualified them as finalists for the 2016 CFDA/Vogue Fashion Fund and 2015 LVMH Prize.
Baja East has become coveted on and off the red carpet by celebrities from Lady Gaga and Justin Bieber to Beyonce, Miley Cyrus and Zac Efron. 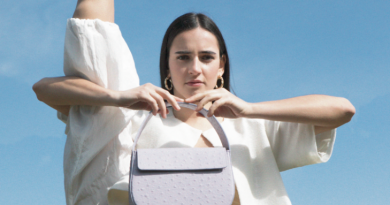 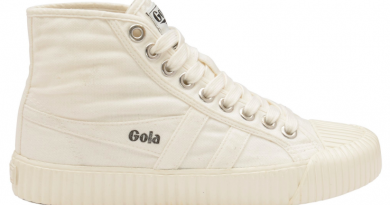 March 20, 2020 Fattie Comments Off on Gola The Best White Sneakers for Women 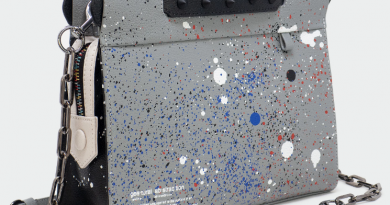