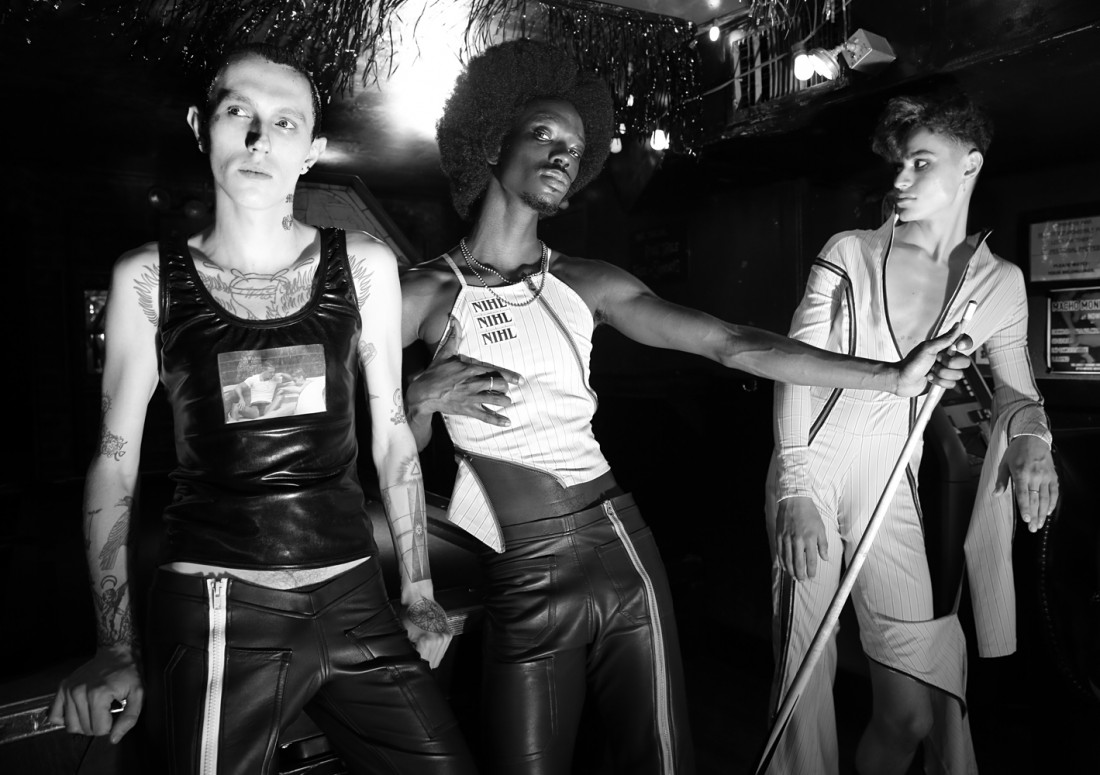 Set in the ever fitting Nowhere Bar of Manhattan’s East Village, Neil Grotzinger presented a collection that surpassed the creative director’s intentions and became a highlight of June’s NYFW Men’s season.

Aiming “to create a tension between an underground queer rebel and its equal opposite,” along with a desire to “subvert masculine stereotypes into objects of queer empowerment,” Grotzinger’s Spring Summer 2020 collection superbly achieved all he set out to do.

Motivated by iconic queer personalities, Grotzinger created a collection that contrasts traditional domestic lifestyle with queer NYC nightlife. Such inspiration is present in the use of leather pants reminiscent of Richard Gallo and “Club Kid” eye makeup redolent of James St. James.

This collection featured a fabulous beige lace beaded crop top and an interesting green leather pant with a swirling white zipper. Additionally, a sexy beige striped jumpsuit with black double zip and arm-strap invoked a sense of a modern-day outfit the late Freddie Mercury may have worn.

Grotzinger’s use of hook and eye closures and unique zippers throughout the collection along with his overarching intentions proves that he is a skilled technical designer able to create well-made clothing that has a meaning. While this may appear to be an elementary ability all designers should possess, it is one that is sadly not mastered by many.

May 6, 2019 Fattie Comments Off on Landlord MENS NYFW FW2019 photos by Cheryl Gorski 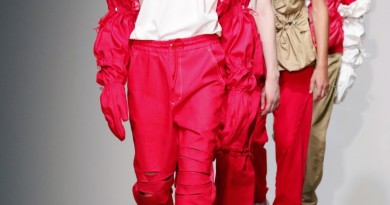 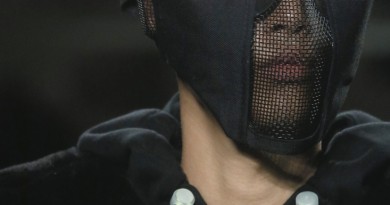