One World Trade Center Lighted Up for the 2017

On Thursday, June 8, 2017 at 7 p.m., the 2017 New York Fashion & Lifestyle Festival (NYFLF) was launched on the 63rd floor of One World Trade Center, hosted jointly by Globe Fashion Week Inc. and WG Empire.

This year, NYFLF celebrated the fashion spirit with the grand opening of WG Empire at the iconic building One World Trade Center.

In the meantime, the WTC building lighted up with the NYFLF hot pink color.

NYFLF is the annual grand celebration event aims to provide opportunities for emerging designers and artists to showcase and connect with media, buyers and investors.

This year, NYFLF partnered with The United Nations Children’s Fund NextGen (UNICEF NextGen), highlighting charity, aside from the theme of fashion and art.

“A key goal of the 2017 NYFLF is to support emerging fashion designers and artists around the globe. Many talented emerging designers are unable to afford showing at New York Fashion Week. June, less busy on the fashion calendar, proves a suitable month for NYFLF to attract and invite industry individuals. Many emerging New York designers/artists, on the other hand, are in need of such platforms. After a selection process, admitted emerging artists are able to display their works at NYFLF,” said Todd Hessert, Co-founder of Globe Fashion Week, Inc.

Influential industry guests were invited, including Fiona Dieffenbacher, director of the BFA fashion design program at Parsons; Nicole Zhao, CEO of LANYU; Ryan Serhant and Fredrik Eklund, stars from the famous Million Dollar Listing and Sterling McDavid, chair of UNICEF Next Generation and so forth.

“NYFLF invite investors who take interest in fashion and art, connecting them with emerging brands at NYFLF. The festival serves the commercial function and meanwhile makes charitable contributions. On behalf of NYFLF, I would like to thank World Trade Center and WG Empire to partner up, and to thank Dior Makeup, The Fragrance Group, La Prairie, Lady M, Cava Oinos, Pisco 100, Cusquena, B&H Photo and The Starling Project for being our sponsors. Together, we work to support causes of The United Nations Children’s Fund,” said Todd Hessert Jiang, creative director of NYFLF. 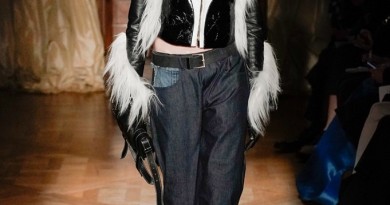 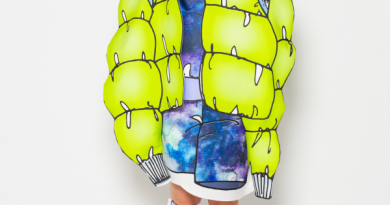 August 18, 2018 Fattie Comments Off on SKETCH ME by SOHLLINN