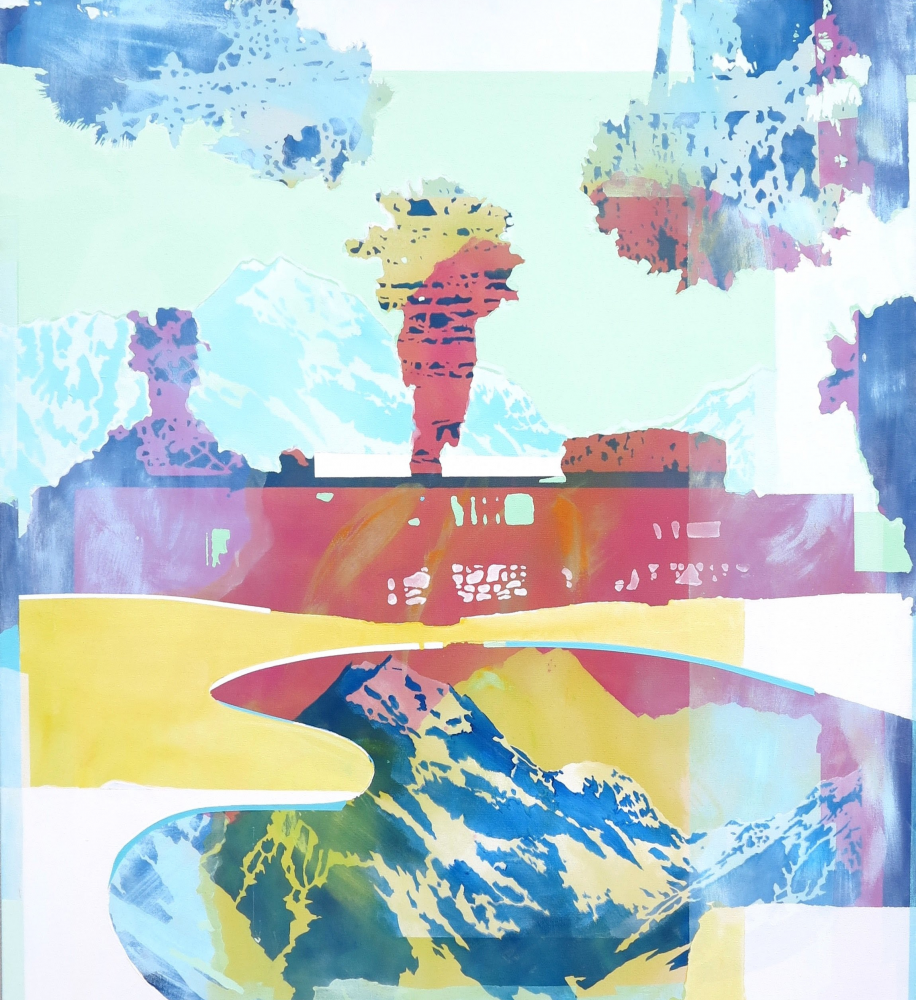 Opens Friday May 17, 6-8pm
30 Orchard Street, New York, NY, 10002
Exhibition May 14 – 16 June, 2019
Olsen Gruin is pleased to present The Roaring Daze, a solo exhibition by Los Angeles based artist Paul Davies. This body of work explores the connection between Davies’ Australian heritage and his adopted home, California. The title is a play on Henry Lawson’s 1889 gold rush poem. Joining this new group of works is Davies’ painting, Built Landscape I, on loan from the Palm Springs Art Museum. The Roaring Daze will be on view at Olsen Gruin from May 14 – June 16, 2019.

Selected photos from Davies’ prolific collection are enlarged and meticulously hand cut into screens through which paint is brushed in layers onto the canvas. The screens are contrasted with freehand brush marks which Davies explains “were in part guided by Joan Didion’s The White Album stories of old and new California, told from memory and historical fact.” Davies’ paintings are open-plan spaces of architecture and landscape. The subjects interlock with one another in bright hues and invite a multitude of readings rather than a straightforward narrative.

These hand-cut screens also serve as templates for bronze and wood sculptures in the exhibition, the latter of which can be manipulated by the viewer’s hand to play with the notion of positive and negative space. Here, the rationality of architectural form is contrasted with the freedom of abstraction and refers directly back to the way in which the paintings were produced.

Davies then takes the screens’ use a step further by placing them over light sensitive pieces of paper and exposing them under direct sunlight to produce one-off photograms. The title of these works describes the location, time, temperature and duration of exposure, alluding to a rejection of the instantaneous nature of photography today. This component of Davies’s practice began on a residency awarded by the Frank Lloyd Wright School of Architecture Phoenix, the works from which were acquired by the Scottsdale Museum of Contemporary Art.

Paul Davies’ work has been acquired by and exhibited at the UCI Institute and Museum of California Art, Scottsdale Museum of Contemporary Art, Palm Springs Art Museum, Crocker Art Museum, MAK Center for Art and Architecture and the Laguna Art Museum. His work has been commissioned by the Soho House in Dumbo New York, Downtown Los Angeles, Barcelona, Mumbai and West Hollywood. In 2013 Davies was awarded a residency at the Cite Internationale des Arts, Paris by the Art Gallery of New South Wales and in 2014 featured with Luc Tuymans and Peter Doig in essay “Limbo Architecture – Painters of Modernism” by Aaron Betsky, Director of the Cincinnati Art Museum (2006 – 2014), for the Architecture Review.  Davies has been included in group exhibitions ‘Public Trust: It’s About What We Do’ and ‘The Kindness of Strangers: Recent Acquisitions and Conservation Projects’ both at the SMOCA, ‘Condition Reports’ curated by Ranjit Hoskote for India Art Fair, McClelland Collection’ at the McClelland gallery + Sculpture Park. His work is held in public and corporate collections such as the Macquarie University, Geelong Gallery, Maitland Regional Gallery, Historic Houses Trust, Gold Coast City Art Gallery, Artbank, Rothschild, Kerry Stokes collection, Pat Corrigan collection, and published in Vogue, Blouin Artinfo, Harper’s Bazaar, Los Angeles Times, the Hollywood Reporter, LA Weekly, Art & Australia, W Magazine online, Wallpaper online, Huffington Post, Vault Magazine and the Australian Financial Review. Davies has a Masters by research at the University of New South Wales – Art and Design, Australia.
The gallery at info@olsengruin.com or +1.646.525.6213 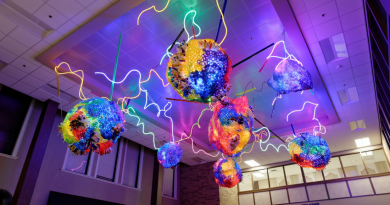 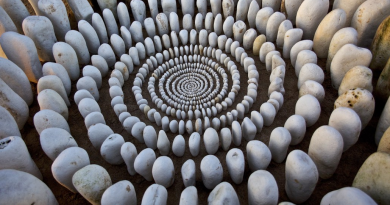 December 29, 2018 Fattie Comments Off on James Brunt Organizes Leaves and Rocks Into Elaborate Cairns and Mandalas 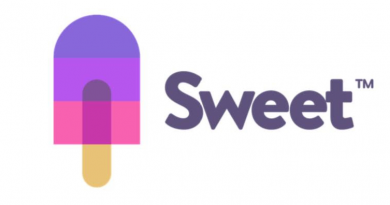 Artists Have Created a Movement to Give Back to Fans – And It’s ‘Sweet’!

February 27, 2020 Fattie Comments Off on Artists Have Created a Movement to Give Back to Fans – And It’s ‘Sweet’!