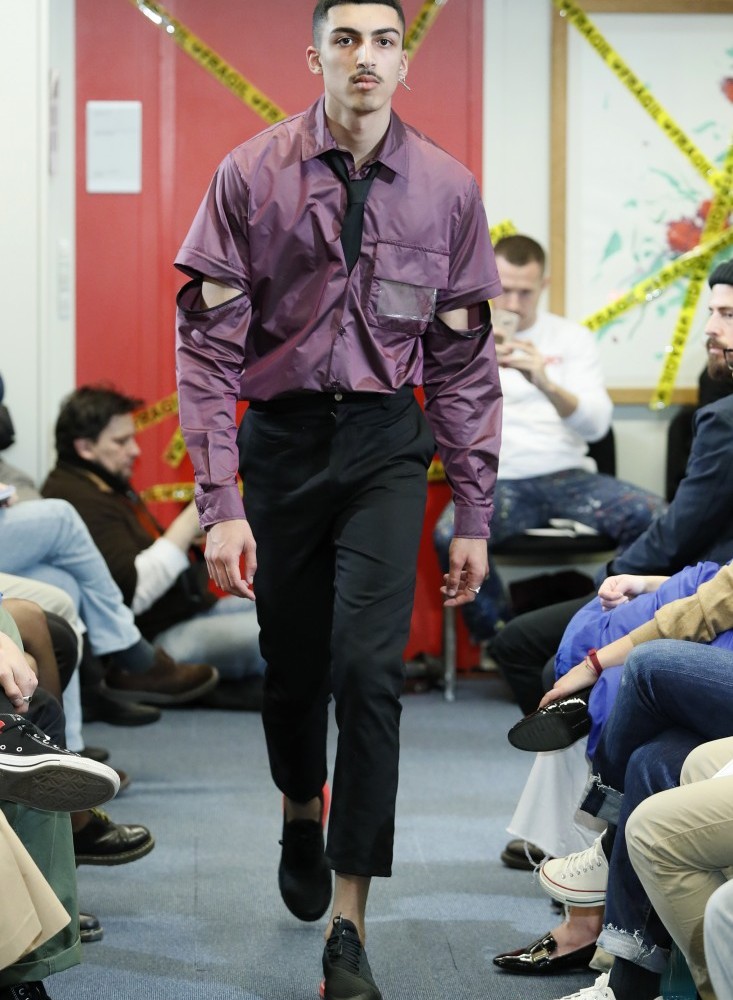 SHOOP presents its new collection for the upcoming season.

Its new FW18 proposal is inspired by the controversial Post-Truth (Post-Thrut, according to the Oxford Dictionary: “Deliberate distortion of a reality, manipulates beliefs and emotions in order to influence the public opinion and social attitudes”) and fake news, a plague that spreads all over social networks, deliberately spreading lies.

We are talking about oversized garments, technical fabrics, padded nylon and volumes, in a symmetry-asymmetry game where the protagonists are tracksuits and office outfits, reinterpreted by the designers.

The main colors of the collection are black, green, beige, red and, above all, purple.

Some garments have been made in collaboration with MINUS, a Japanese leather brand, and the Sullen Tokyo store.

SHOOP shares with the last one its permanent collection they launched last summer under the concept: “Adult Player“.

The new Nike Air Max 270 and BIIS jewellery, will give the final touch to all the looks.

MAC Cosmetic will be in charge of the show’s make up concept.

SHOOP is a unisex fashion brand founded in 2011 by Miriam Sanz and Yohei Oki.

They are based between Madrid and Tokyo.

SHOOP is a unisex fashion brand founded in 2011 by Miriam Sanz and Yohei Oki.

They are based between Madrid / Tokyo. 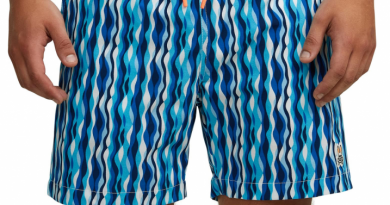 Psycho Bunny’s Got Your Spring Break Swimsuits to Stand Out

March 11, 2020 Fattie Comments Off on Psycho Bunny’s Got Your Spring Break Swimsuits to Stand Out 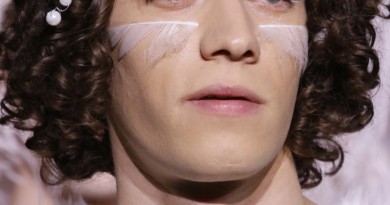 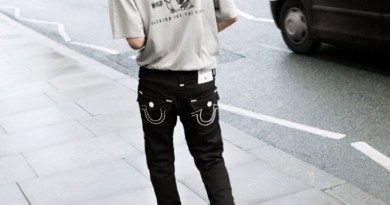