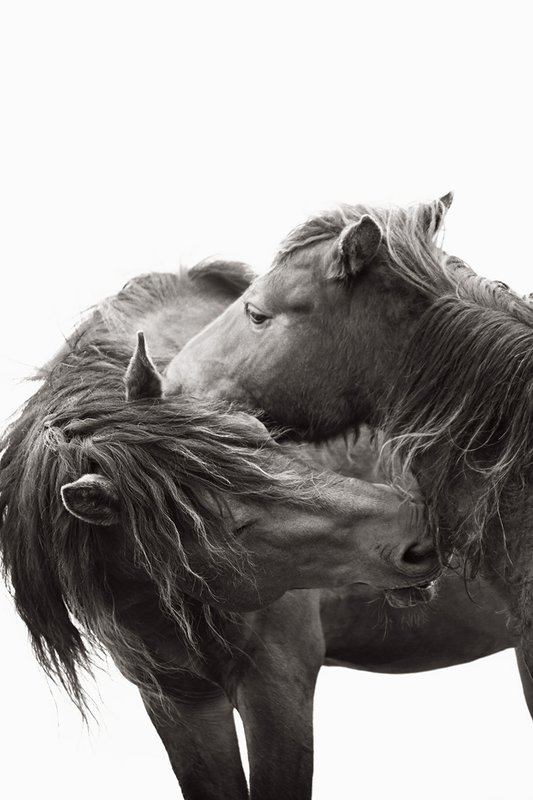 Drew Doggett is an award-winning photographer, director, and producer who focuses on telling the extraordinary stories of places, objects and cultures at risk of disappearing.

His practice is characterized by his passion for chronicling diversity and culture while utilizing the discipline and sympathies he learned working in fashion photography.

Through heightened tonal ranges highlighting emotion and an established and clear affinity for finding hidden textures and designs, Drew’s work celebrates the world’s diversity while also drawing attention to these real-time, ever-unfolding issues.

His photographic work can be found in private and public collections globally, notably the Smithsonian African Art Museum (DC).

He has also been featured in many publications such as Photographer Magazine and Outside Magazine, and has been sponsored by brands like Hasselblad and Leica.

Drew received his first film accolade at the Nikon Photo Contest in 2015 for his Dunes: Landscapes Evolving film.

This work is part of Doggett’s In the Realm of Legends series.

Set against the dreamlike backdrop of Iceland’s waterfalls, black sand beaches and snowy tundras, this series highlights the relationship between a noble yet rugged breed of horses and the challenging landscape they’ve written into their DNA.

This work is part of Doggett’s Discovering the Horses of Sable Island series. Sable Island, a small strip of land off the coast of Nova Scotia, is like nowhere else on Earth.

The island is known for its history of shipwreck and for its incredibly resilient residents; it is home to one of the last herds of completely wild horses who have established their own independent way of life on the island’s 26 rugged miles.

From a limited edition, this work is printed on Hahnemühle Fine Art Baryta paper, which sets the standard for image definition and color depth.

Each print includes an embossed certificate of authenticity and is signed + numbered.

This work is part of Drew Doggett’s Band of Rebels: White Horses of Camargue series; a continuation of his documentation of rare, wild horses worldwide.

The all-white horses of Camargue are most identifiable by their signature color and prominent features; they are believed to be descended from prehistoric horses around 17,000 years ago.

For this series, Drew documented these graceful and powerful wild animals set against the monotone backdrop of their native habitat in Camargue, a remote part of Southern France.

This work is part of Drew Doggett’s Omo: Expressions of a People series. Ethiopia’s sun-baked Omo Valley is home to a rich diversity of semi-nomadic groups.

Different in many respects, but linked by their shared migration paths, these groups lead a way of life both colorful and austere.

This collection, which has been accepted into the Smithsonian African Art Museum’s Photographic Archives, transports viewers to the heart of this majestic environment and the distinctive rites, traditions, and beauty of its peoples.

This work is part of Doggett’s Desert Song: Compositions of Kenya series.

Dressed in the traditional clothing native to this desert territory, the visual language of this series blurs geographic and cultural lines and reveals a people exuding an enviable harmony with their land.

From a limited edition, this work is printed on Hahnemühle Fine Art Baryta paper, which sets the standard for image definition and color depth.

Each print includes an embossed certificate of authenticity and is signed + numbered.

Courtesy of the Artist 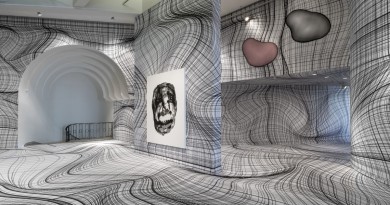 May 17, 2017 Todd Warfield Comments Off on Rmn-GP presents Peter Kogler – Avantgarde with Robotic Art at the EXPO 2017 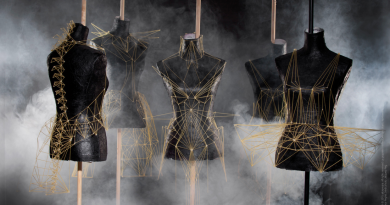 Geometric Dresses and Headpieces Created Entirely From Strands of Spaghetti

June 19, 2019 Fattie Comments Off on Geometric Dresses and Headpieces Created Entirely From Strands of Spaghetti 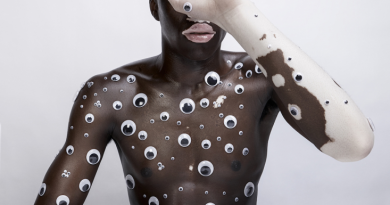