Realrich Architecture Workshop, aka RAW Architecture, completed Guha Bambu just this year, but the cascading vines, luxuriant shrubs, and grass-covered facades on the new project make it appear as an old building overtaken by nature. Each room of the nearly 6,500 square-foot complex has at least two entrances that often face north and south to exhibit the overflowing greenery.

Spanning three upper floors and two basement levels, the multi-use structure incorporates modern and traditional techniques like the fish mouth joint, which cuts the end of wood-like substance in a U-shape and positions another piece on top. It’s constructed using a combination of steel, wood, glass, metal, gypsum, bamboo, plastic, stone, and concrete.

Located in Tangerang, Indonesia, the new project is actually a renovation of the firm’s existing building named The Guild. It continues to house Omah Library, a dentist’s office, a private apartment, and RAW Architecture’s studio, which are separated at the entrance to prohibit the public from entering the private spaces. Each space is designed to be converted and reused for new tenants.

Follow RAW Architecture on Facebook for updates on its projects that merge lush botanicals and nature-based materials.  (via designboom) 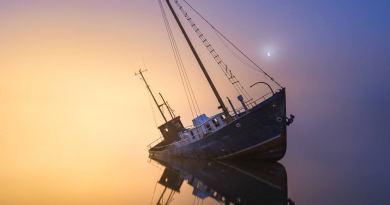 Revival: The Sam Bush Story to be Released Digitally Nov. 1 via Amazon

November 18, 2018 Fattie Comments Off on Revival: The Sam Bush Story to be Released Digitally Nov. 1 via Amazon