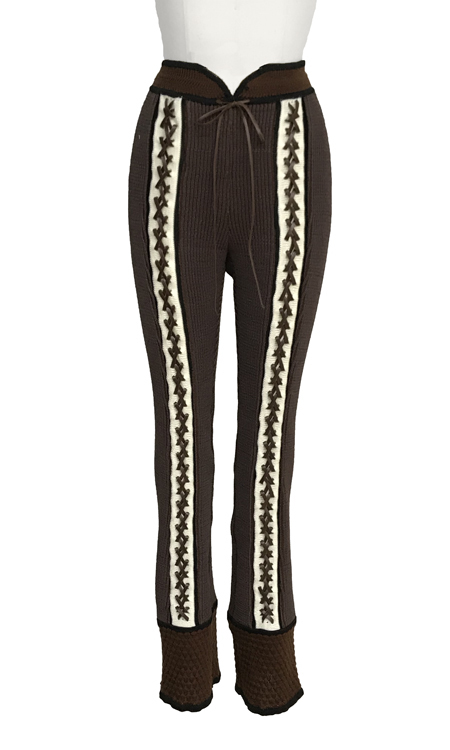 The family of Kurogouchi used to grow silkworms during her grandmother’s days. Silkworms were treated as a sacred being with respect as they brought business to the family. Silk is considered to be a normalised material, but back then, it would take 3000 cocoons in order to weave a piece of Kimono garment.

While, Silk has had a special place in Mame Kurogouchi’s design, she has come to think without doing it themselves, she couldn’t understand the challenge of weaving a textile using cocoons.This realisation drove her to plan growing 30 silkworms at her atelier with the team, and name them Shiro (white).

If one gets sick, it affects others.In order to turn cocoons into yarns, it would have to be consistent which is why producing silk on a commercial basis is challenging. Silkworms are sensitive and delicate beings.

Newborn silkworms are so small that are almost invisible but through five molting process, they become 25 times longer and 10,000 times heavier.And before it starts to blow fibres into the air and around them, its body becomes transparent.Yarns came out of Shiro’s mouth Kurogouchi wanted to make a garment that would wrap one’s body gently by breathing soft light into the body, just like how Shiro transformed itself by wrapping its body with shiny transparent yarns. She went to a weaver in Komatsu Ishikawa, the only weaver that can produce silk jacquard, and came away with a delicate sheet of textile she was looking for. Using silk and shinny flat yarn for the warp and silk yarn for the weft, weaving together,and two types of the jacquard textiles were made thanks to the idea of leaving the shiny yarn uncut.The black one provoked the image of a dark night in Amami, brightened by nocturnal insects.

One of the most special pieces in this collection is a dress, made up of a transparent silk fabric, double layered silk underneath, Kiryu embroidery and prints of plants seen through them just like Kurogouchi saw them behind the glass window.Inspired by Shiros who left us and cocoons, this dress was Kurogouchi’s answers to the wonders of “Embrace”.

After presenting the collection in Paris last November, Kurogouchi and her team tackled on spinning Shiro’s fibers into yarns.After boiling cocoons in hot water, soaking them, the end of yarn came out of cocoons.By spinning seven yarns into one thread. Shining yarns are so thin individually, but when spun together, it becomes surprisingly strong.This experience taught the team how much work, attention, and time and energy were put into making a silk yarn.

It is said that once at the grandmother’s house in Kurokawachi, she kept silkworms. Silkworms have been called “Ojisama-sama” as a precious entity that helps businesses. In modern times, silk has existed as a matter of course, but it took 3,000 silkworms to weave a kimono.

Silk is a very important material for Mame Kurogouchi, but we cannot understand the rigor of the road to weaving a single thread. Therefore, I decided to keep 30 silkworms named “Shiro-chan” in my atelier.

Silkworms are delicate and can easily get sick. When a fellow silkworm gets sick, it is transmitted to other silkworms. Silkworms must be raised in a consistent manner in order to use the silkworm’s spit cocoons as threads and weave them. This is the difficulty of producing silk on a commercial basis.

Shiro-chan, who was too small to see when she was born, repeats molting five times, and eventually grows 25 times longer and 10,000 times heavier. And finally before she spits out the thread, her body becomes transparent.

The cocoon threads that Shiro-chan spewed out had a beauty that was shiny and reflected light and shimmered.

Shiro-chan woven silk jacquard, the only one in Japan, seeking clothes that shed soft light and gently covered her body, wrapping herself in a transparent transparent thread that she spit out We knit delicate fabrics at a machine shop in Komatsu, Ishikawa Prefecture, where we have the technology. Two kinds of fabrics were woven by weaving silk and transparent film yarn on the warp yarn and silk on the weft yarn and weaving it on the jacquard, leaving the film yarn that jumped out for a long time without cutting. The black fabric reminds me of the cold and warm light of the nocturnal worms that appear in my full view in the darkness I saw on Amami Oshima.

In particular, the special dress is made up of two layers of silk fabric underneath the transparent film silk fabric, embroidery with Kiryu on the plant drawing, and prints to show the plant’s appearance through the fabric. I finished it like this. The scenery through the window, which I saw many times during my journey to “wrap”, was sublimated into this dress. Inspired by Shiro-chan who left behind the cocoon, this fabric was one answer for Kurokawachi to express Embrace=wrapping.

In November after finishing the presentation at the Paris Collection, I challenged myself to work on the cocoon made by Shiro-chan at the office. Sprinkle the cocoon on hot water, soften it, and the thread comes out. Twist the seven threads from the seven cocoons into one thread. The brilliant thread was infinitely thin, but when twisted together, it was surprisingly strong. This experience taught me how much work was done to make a single silk thread. 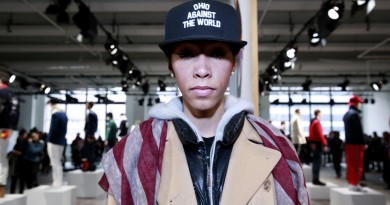 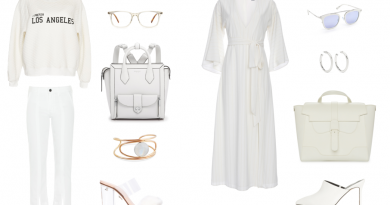 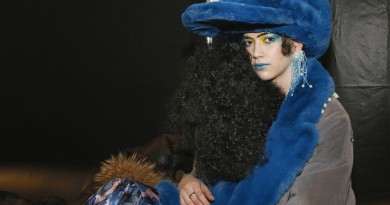