News
January 30, 2020January 30, 2020 Fattie Julian Woodhouse, Next in Fashion, on Netflix fashion competition show, Posted by: Fattie King, US Army Reservist
US Army Reserve Soldier competes in Netflix fashion design competition show, Next in Fashion January 2020
Julian Woodhouse, the CEO of WOOD HOUSE ARMY Inc. founded his menswear brand in 2015 while serving as a Lieutenant in the US Army based in Seoul, Korea.
In 2017, Julian and his partner, now husband, Kirill Kabachenko, moved to NYC and simultaneously renamed the brand WOOD HOUSE Army thereby retaining the reference to Julian’s past in the active duty military, and further uniting their global clan.
Since launching the brand, the design duo pivoted their brand towards innovation in fashion technology — patenting the world’s first device that can automate the garment manufacturing process by 80%.
Julian aims to use his invention to reduce the carbon footprint of the global fashion industry.
Julian explains the spark that lit his interest in fashion technology originated from his time on Next in Fashion.
Designer’s were given access to digital printing devices and laser cutters that enabled them to compete in futuristic ways.
JULIAN EUGENE WOODHOUSE
Majoring in International Business emphasizing in foreign language and creative direction, Julian has diversified his professional experience in the performing arts, banking, art direction, graphic design, modeling, styling, and wardrobe consulting and fashion technology. He designed his first five men’s ready-to-wear collections while simultaneously serving as the Second-in-Command of his Military Intelligence Unit in Korea. After being the first African American Designer to show at Seoul Fashion Week and a model for New Balance, Puma, and several Korean fashion brands and publications, Julian’s presence spread through the Korean market. Julian completed his four years of active service in December 2016. Leaving his well-oiled supply chain and managers active in Seoul, he moved to NYC in January 2017 to establish the brand’s Administrative Headquarters and focus on the global expansion of his already multinational brand.

Past Seasons photos by Cheryl Gorski 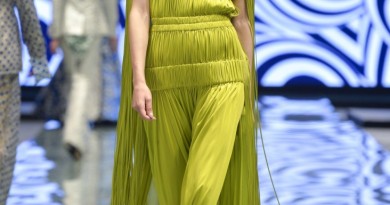 May 1, 2018 Fattie Comments Off on SOLO PHOTOGRAPHER ON THE RUNWAY AT SAUDI ARABIA’S FASHION WEEK Photos by KRISTY SPAROW 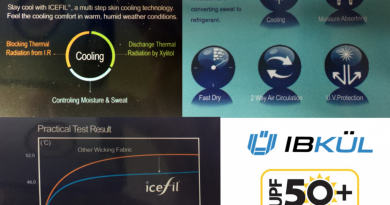 Stand Out and Stay Cool : Activewear by IBKÜL

January 22, 2018 Fattie Comments Off on Stand Out and Stay Cool : Activewear by IBKÜL 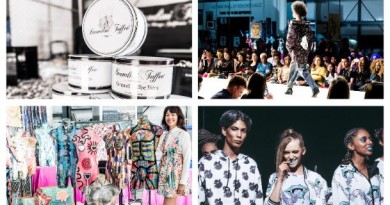