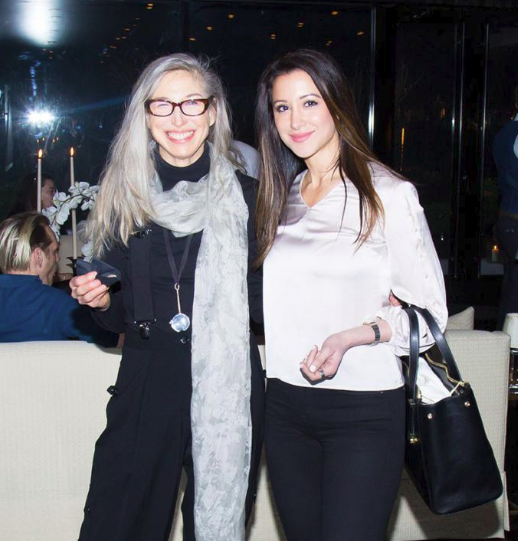 I joined Derek Anderson for an intimate evening with Me Too founder, Tarana Bruke for a discussion about ending sexual violence in our lifetimes and the next chapter of Me Too.
When I entered the duplex event space, I was struck by strength of the fashionista vibe that permeated the crowd especially for an event on a sort-of political topic. One of the first people I encountered was wearing a “Bioman” embroidered baseball cap.
He identified himself as a “green super hero”, I surmised that he makes a living in the environmental sector, profit or nonprofit.
Another individual attracted my attention as she showered affection on her small dog that was wearing a black leather dog satchel. His owner runs two successful charities and proved to be friendly to humans too. Wendy Diamond has been called the “Canine Queen” by Forbes, in part for her work as an endangered animal and rescue advocate . As the helm of a fund collecting money to disperse to organizations granting micro loans, she is making a difference in the lives women in the developing world as well.
Many other attendees identified themselves as journalists, publicists and members of Tarana Bruke’s fan club.
Tarana gave a short talk about the misunderstandings of her movement in the media.
She is thrilled to be able to draw attention to the problem of toxic sexual entitlement, but resents attackers who claim the movement is not inclusive–all barriers to entry are self or media imposed, and is becoming a manhunt–only sexual predators and abusers of power are fair prey.
Other charming members of the assembled included a surrealist narrative filmmaker, an adorable member of the Resistance Choir.
You could feel the enthusiasm that permeated throughout the evening.

About #MeToo:
In 2006, Tarana Burke founded the Me Too movement to help survivors of sexual violence, particularly young women of color from low wealth communities, find pathways to healing. Using the idea of “empowerment through empathy,” the Me Too movement was ultimately created to ensure survivors know they’re not alone in their journey.

The Me Too movement has built a community of survivors from all walks of life. By bringing vital conversations about sexual violence into the mainstream, we’re helping to de-stigmatize survivors by highlighting the breadth and impact sexual violence has on thousands of women, and we’re helping those who need it to find entry points to healing. Ultimately, with survivors at the forefront of this movement, we’re aiding the fight to end sexual violence. We want to uplift radical community healing as a social justice issue and are committed to disrupting all systems that allow sexual violence to flourish. 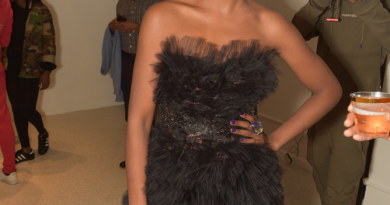 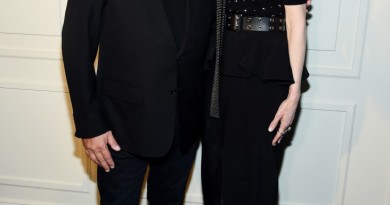 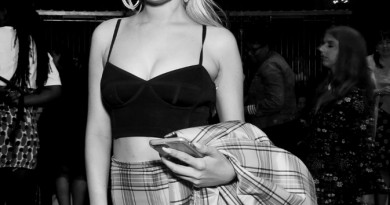